Closer look at poverty in Tampa

In response, the city council voted to put a cap on spending in the downtown area, where there has been loads of construction and investment from companies in recent years. Now, instead of being spent on downtown, funds will be redirected toward East Tampa, Sulphur Springs and the University Area.

Carlson says the basic needs of those areas -- like the Fair Oaks Community Center -- are being neglected.

“That community center's never been renovated, and residents come to us and say there's rats crawling in it. Well how do we expect kids to become entrepreneurs if they don't have access to computer labs? And not only do they not have that, they have rats running around. It's not safe,” Carlson said.

Census data shows Tampa has among the highest income and homeownership disparities for African Americans.

The planning commission for Tampa and Hillsborough County conducted its own research, which showed residents in areas where poverty is most prevalent are African American. 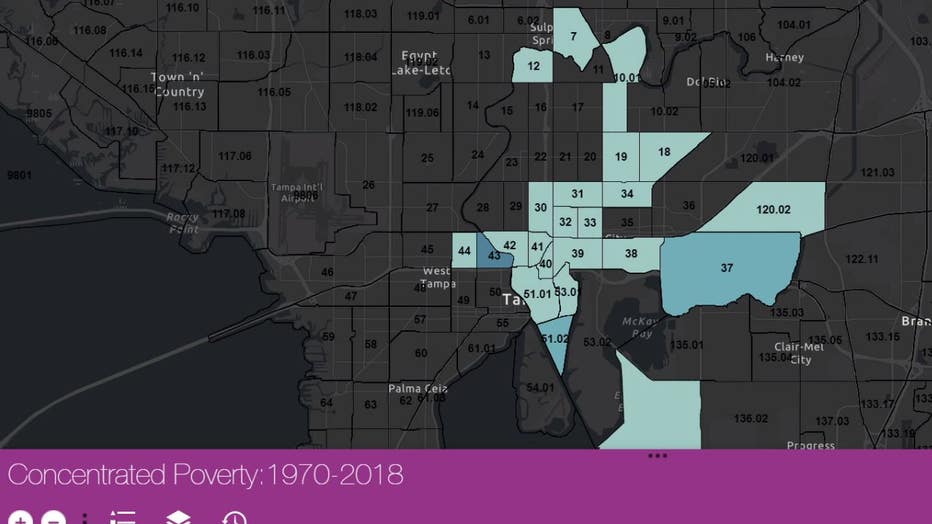 Meanwhile, a Community Redevelopment Area meeting is planned for next month to discuss what else needs to change to lift up impoverished parts of the city and county. 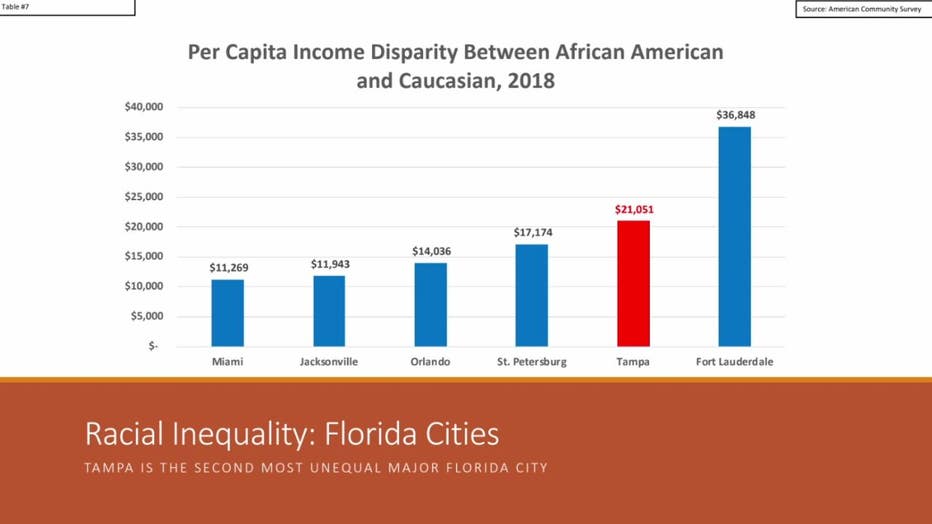