BRADENTON, Fla. - A Bradenton firefighter has received the county’s highest honor for a firefighter after donating a kidney to a fellow firefighter’s wife.

As a firefighter and former Marine, Lieutenant Derek Foss is always ready to answer the call.

"Make a decision as it comes in," he explained.

He says he didn't need any convincing on the decision to donate a kidney after learning he was a perfect match to be a kidney donor to Brianne Baker.

"Probably two weeks after I gave blood and they called and said six out of six match," he said. 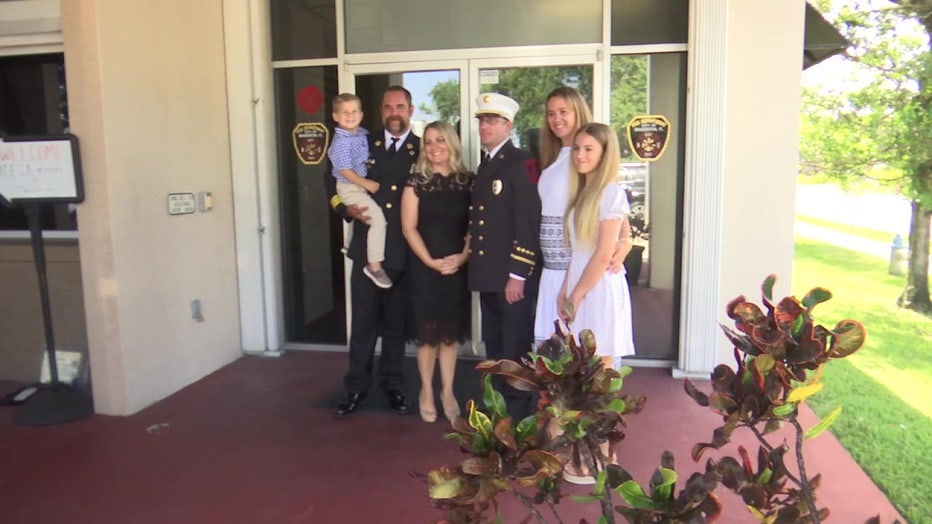 Brianne Baker is a nurse in the neonatal intensive care unit at Tampa General Hospital and her health was declining.

"I had no energy, I didn’t realize how much I was declining over the months," she said.

As a teenager, Brianne Baker was diagnosed with a rare kidney disease. At 32, her kidneys were failing and a match needed to be a perfect fit. Brianne Baker carried a rare antigen in her blood, shrinking her chance of finding a kidney from 96% to 6%.

"You just imagine your world crashing down. Just to worry about am I going to watch my son grow up? I have a 12-year-old stepson. Will I get to watch him graduate high school?" she said. 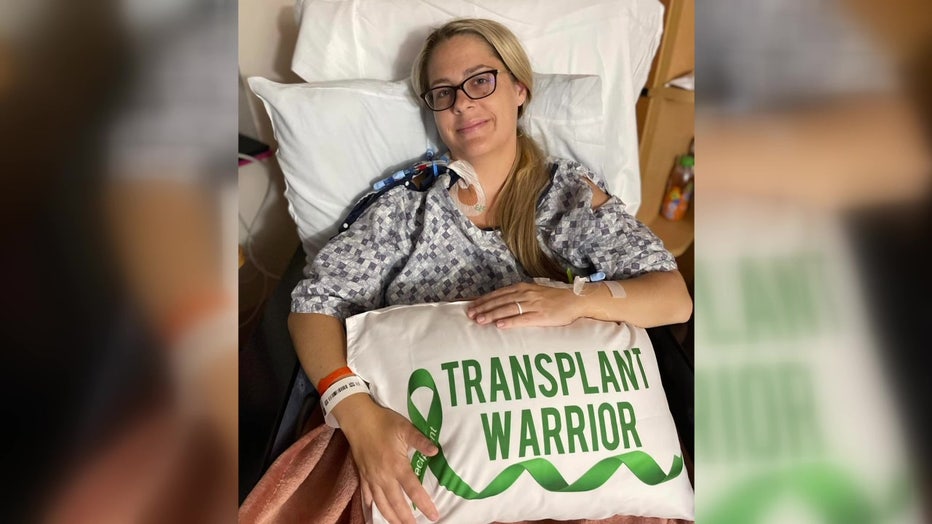 Brianne Baker’s husband, Joel Baker, is the battalion chief of North River Fire District. He had looked far and wide to find her a match, never realizing help was literally down the road - just less than 10 miles away at Southern Manatee Fire Rescue.

After discovering he was a match, Lt. Foss discussed it with his family, then called Joel Baker to give him the news.

"When he first called me, I was sitting at a gas station and really the only thing I could say was thank you," he said. 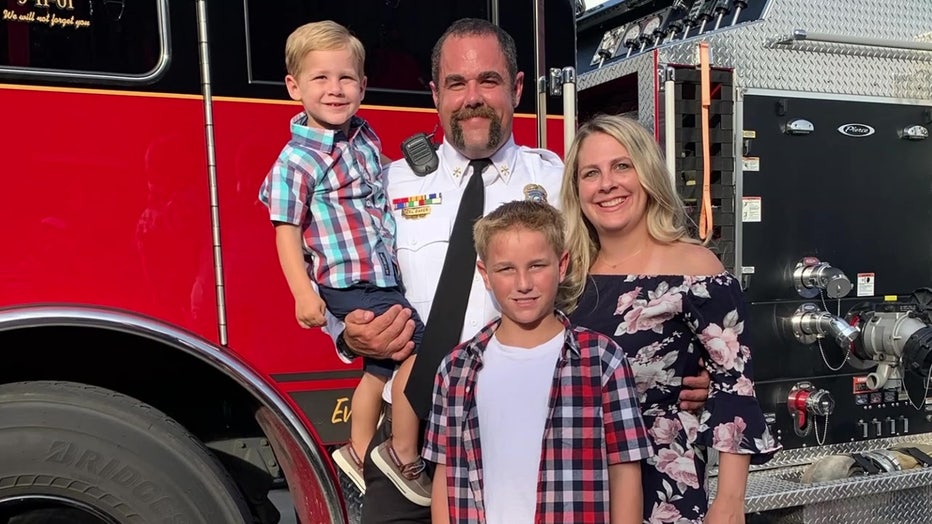 "Anybody who has known him for any length of time knows this is not out of his character. This is right within what Derek has been and always will be. Very unselfish," said Southern Manatee Fire Rescue Chief Robert Bounds.

It's the highest award a firefighter in Manatee County can receive and it has only been given out once in the past. 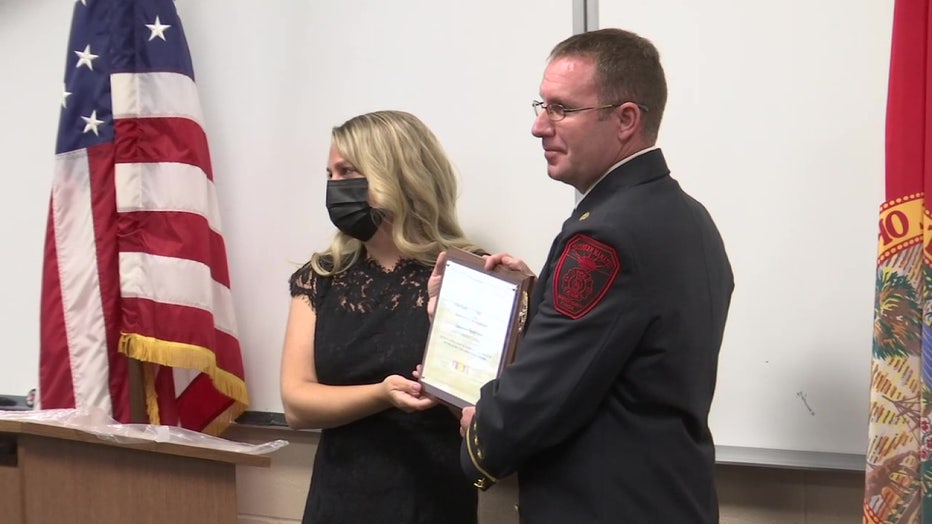 "Today from the bottom of my heart, with everything I have for giving me a new life, I want to thank Derek. I know this attention is not what you wanted and you wanted to fly under the radar, but the truth is you deserve so much more than this," Brianne Baker said to the crowd.

Lt. Foss said it was the right and only thing to do. 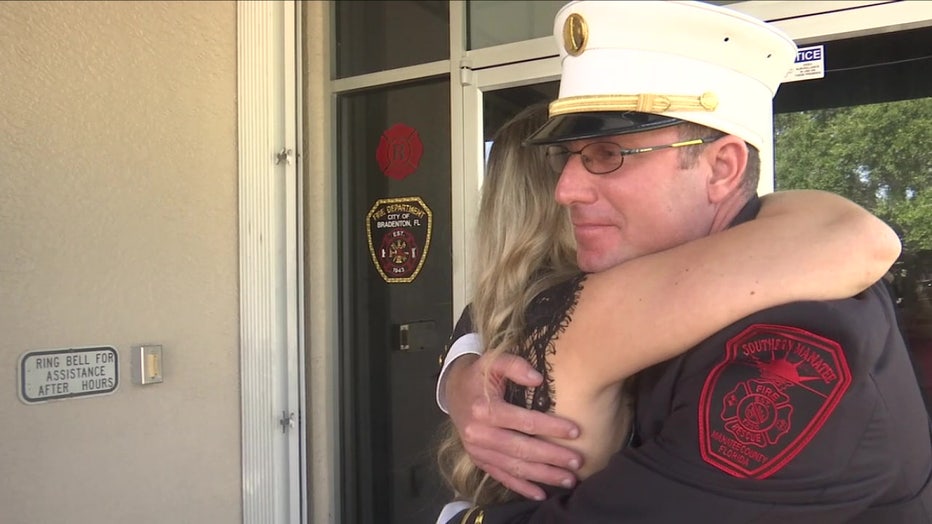 "I don’t think if I knew just being scared of a little surgery would not save a life. I think that’s a little selfish," he shared.

Brianne Baker is now spending even more time with her family doing things she couldn't do in the past thanks to a new friend.

"I have the energy to play with my son. Go on trips with my family to invest in myself, invest in my relationship with my husband to be a better mother, a better nurse at work a better friend, and daughter. He’s literally given me a new life," she shared.