TAMPA, Fla. - Tampa International Airport launched a pilot program for travelers who need a wheelchair to get to their gate, and they don’t even need someone to push them to where they need to be.

The wheelchairs are called "Whil," pronounced like "wheel," and airport officials say they could be the future of buzzing around an airport.

"They’re a self-driving vehicle that allows a customer throughout the airport to have independence," said Daniel Glennon, the director of terminal operations and guest experience at TPA. "Someone who may traditionally want to use push service or have to rely on Sky Cap service, we offer them the ability to just do that on their own if they’re comfortable navigating the airport."

During the pilot program, travelers can find Whil on the second floor of the main terminal, where ticketing is. They’re available from 6 a.m. to 3 p.m. Travelers get a tutorial on how the program works, and then they’re on their way to the gate. 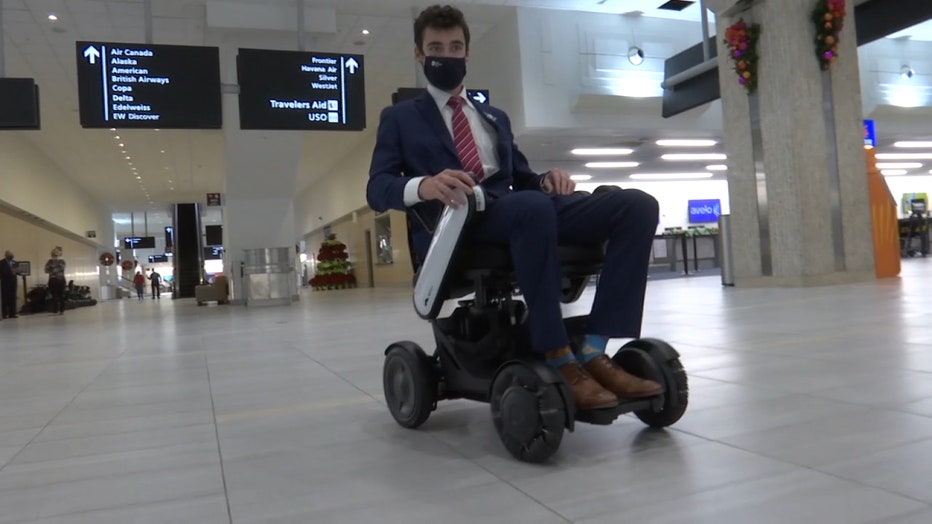 "Anybody can use them," Glennon offered. "It doesn’t necessarily have to be an individual who has a mobility restriction or an impairment at all. Anyone who feels as though they can’t make it to their gate by walking can come over here, they can request from their airline, ‘Hey, can I get a wheelchair service’ or just come up to the Whil representative."

Airport managers say Whil is not intended to replace the jobs of people who push travelers in wheelchairs.

"We understand that there are customers that simply don’t feel comfortable navigating an airport by themselves," Glennon explained, "and it’s not so much about the wheelchair, it’s about having someone get them to their gate and help them. So, I would say we are never going to replace traditional push service."

The pilot program began three weeks ago and is set to end on Friday.

TPA plans to compile data and surveys submitted by travelers who participated in the program, then they hope to make Whil a permanent option for people traveling through the airport.