Former Capitol Police Chief Steven Sund testifies that missed intelligence was to blame for the failure to anticipate the Jan. 6 riot

Sund, who resigned under pressure immediately after the attack, and the other officials said they had expected the protests to be similar to two pro-Trump events in late 2020 that were far less violent.

TAMPA, Fla. - Paul Hodgkins from Tampa is one of the faces seen around the world during the Capitol riot last month. He will virtually face a federal judge Wednesday.

Hodgkins is facing multiple charges in connection to the Capitol attack that left at least five people dead, including a police officer.

A selfie-style photo from federal prosecutors shows a man whom investigators are identifying as 38-year-old Hodgkins. He can be seen wearing a dark T-shirt that says "Trump" on it while standing inside the well of the Senate chamber.

The man also appears to be wearing a pair of protective eye goggles beneath his chin. 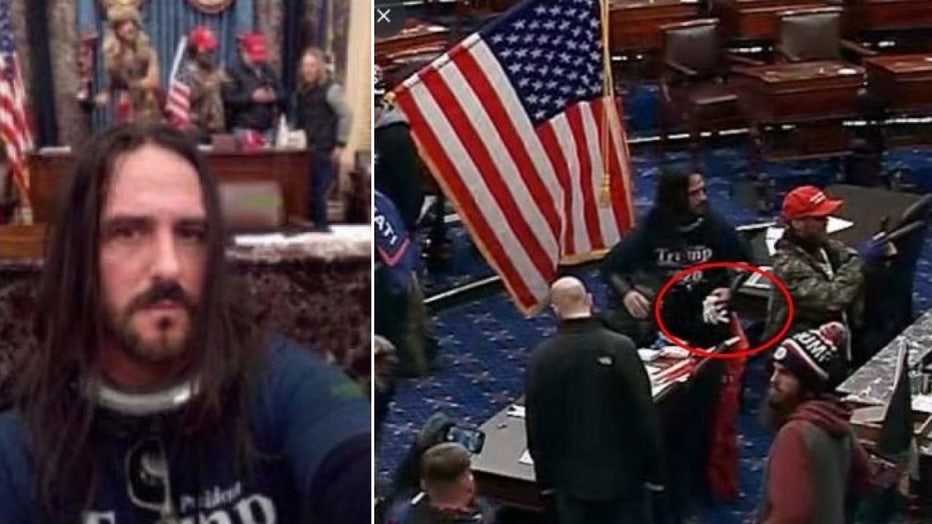 In other photos provided by the FBI, investigators said Hodgkins is seen with a group of people holding a red flag with the "Trump 2020" campaign slogan. He stands just feet from Jacob Chansley, the now-infamous horned insurrectionist known as the "Q-Anon Shaman."

According to court records, authorities arrested Hodgkins on February 16. He is charged with obstructing an official proceeding, along with unlawful entry to a restricted building, impeding or disrupting official functions, and violent entry and disorderly conduct on capital grounds.

Investigators say they have security footage from January 6 showing Hodgkins walking around the Senate chamber wearing his goggles and snapping photos on his phone. At one point, he's on video putting on what appear to be latex gloves while standing near a desk.

According to a criminal complaint, Hodgkins told FBI agents he'd taken a bus to Washington D.C. from Florida to attend the rally, even admitting he's the man in the selfie photo and in another image from the senate floor. In the complaint, an FBI agent said Hodgkins reported seeing other people around him breaking windows, others in a knife fight, and people who'd otherwise gotten hurt, but Hodgkins claimed not to know those people or participate in the conduct.

According to court records, Hodgkins was released on $25,000 unsecured bond with several conditions, including surrendering his guns and his passport. He's also under curfew to stay at home from 1:30 a.m. to 1 p.m. His court hearing is set for Wednesday afternoon.