TAMPA, Fla. - A Tampa man is accused of causing a deadly crash on Interstate 4 after leaving a Tampa Bay Lightning game and then going to a gentleman's club in December. He was scheduled to appear in court Tuesday, but things didn't go as planned.

Jorge Britton's attorney appeared before Judge Catherine Catlin to answer for her client, who allegedly caused a crash that killed two people and injured two more on December 14.

New court documents say Britton had one beer while at Amalie Arena that night before he went to the Penthouse Gentleman’s Club in Tampa. Documents say he had more to drink there and left in his Audi R8 convertible with two women.

The documents say, shortly after leaving the club, Britton's car exceeded 150 miles per hour on I-4. At some point, Britton is accused of changing lanes and hitting a 2007 Toyota Camry. 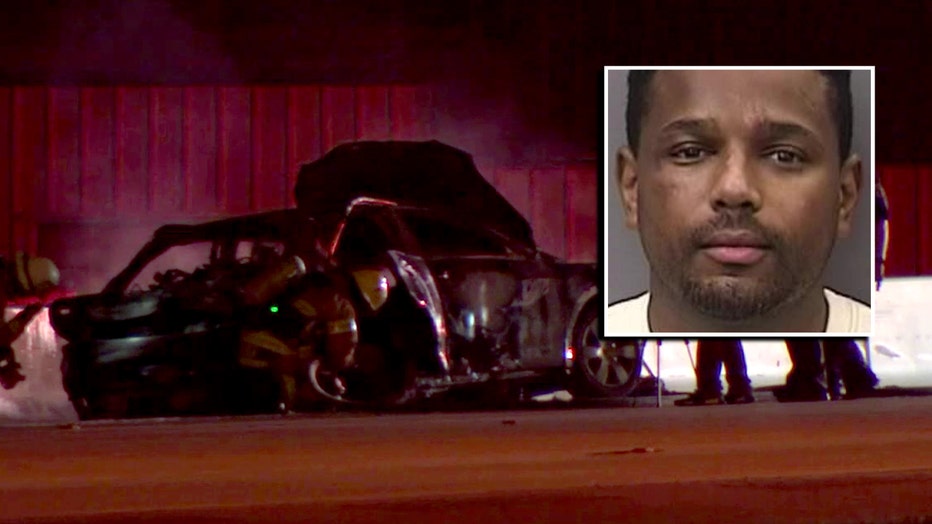 The Camry became airborne and burst into flames, killing both of the men in the car, court records show. Britton's two passengers suffered major injuries.

Britton is charged with two counts of DUI manslaughter but Tuesday, his lawyer said he wants out of jail. The attorney asked Judge Catlin for Britton to be released on bond but prosecutors said he is a danger to the public and should remain in jail.

According to prosecutors, Britton is associated with a drug trafficking organization that launders millions of dollars by investing in Tampa real estate and businesses.

If convicted of the charges he faces now, he could face 30 years in jail.