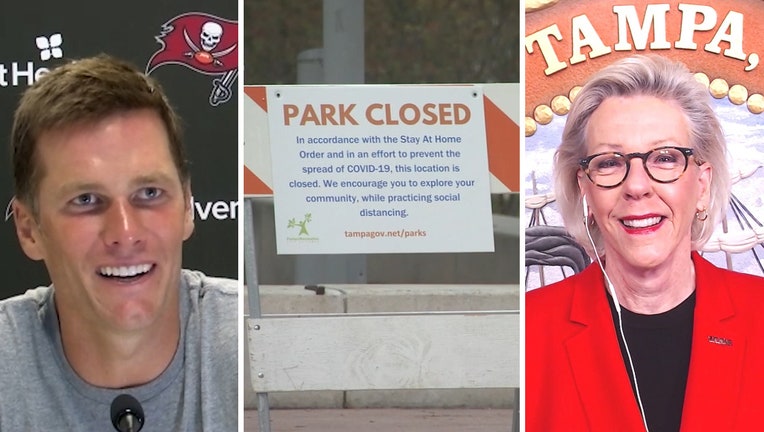 TAMPA, Fla. - Last April, Tampa Bay Buccaneers quarterback Tom Brady was at a downtown park in Tampa while it was closed due to the coronavirus pandemic, and he was asked to leave to cooperate with the restrictions.

On Wednesday, Tampa mayor Jane Castor announced that she has "pardoned" Brady for the trespassing incident that made headlines when he signed with the Buccaneers last offseason.

According to Castor, a Tampa Parks and Recreation employee was monitoring the area and noticed Brady working out.

When Brady left the New England Patriots and signed with the Buccaneers last offseason, he also accidentally entered the wrong house in Tampa. On April 7, he was looking to meet with Bucs offensive coordinator Byron Leftwich, but he made a mistake and went into somebody else’s house.

After Brady made the mistake, he wrote on Twitter that he was trying to make himself at home in "Tompa Bay." In his first season with the Bucs, Brady has the team in their first Super Bowl since 2002.

Tampa Bay will square off against Patrick Mahomes and the Kansas City Chiefs in Super Bowl LV on Feb. 7 at Raymond James Stadium in Tampa.