Submit your hero for a surprise from Pete Alonso

TAMPA, Fla. - After rounding the bases 53 times during his rookie season with the New York Mets, Pete Alonso realized that he's one of the lucky few to get recognition from a stadium full of people.

He and his wife, Haley, created Homers for Heroes after seeing the impact of his donations to the Tunnel for Towers and the Wounded Warrior Project.

"What we want to do is bring stories to light that people might not necessarily see every single day."

Nominations of people in any profession can be uploaded to their website.

"There are so many people who have had a positive impact on my life," Alonso said during an interview on Tuesday in Tampa. "I want to recognize people who are having that same impact on others. It just takes one person to impact someone's life for the better." 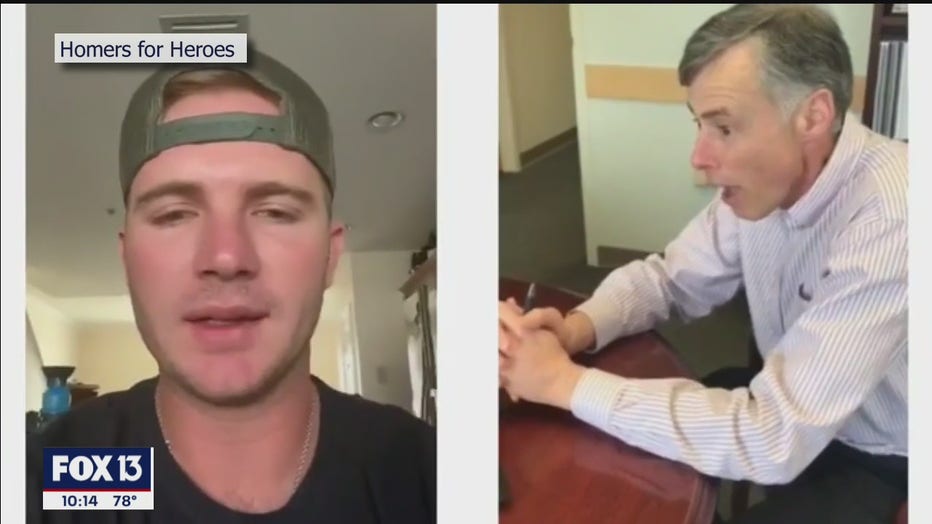 Of all the hundreds of nominees they are getting, which ones stick out? He says he's noticing people who are defending those who are unable to defend themselves.

One of their first winners was a school in Harlem, because their coaches went the extra mile to care for their students.

"These coaches are believing in these kids," Alonso said. "Kids now, they are our future. And you never know which one of those kids is going to grow up and become something and is going to be really thankful for that opportunity."

"You can accomplish anything, I promise you," he said to them in a video over the web. 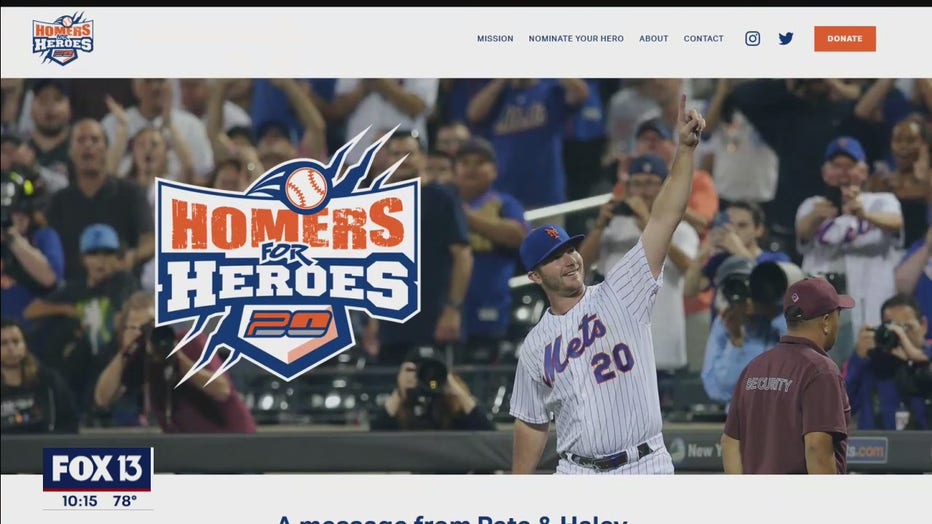 Alonso shows power, both on the field and off.

"That just inspires them to keep pushing and keep impacting people in a more positive way," he said.

Alonso graduated from Plant High School in 2013, then attended the University of Florida.

LINK: To nominate someone for "Homers for Heroes," you can click on their website which is www.homersforheroes.org.