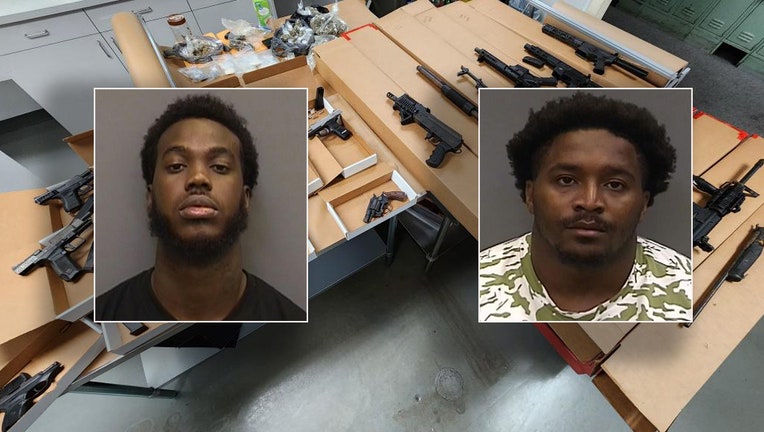 Zavid Hill Roland Fletcher were arrested and police seized 23 guns and narcotics while investigating a suspected drug dealer. Photos are courtesy of the Tampa Police Department.

TAMPA, Fla. - Twenty-three guns, including several that were reported a stolen, are off the street after Tampa police arrested two men while conducting a drug investigation.

According to the Tampa Police Department, while officers were executing a search warrant for drugs at a home located at 3608 N. 28th Street, which had previously been the site for an undercover narcotic's investigation, Zavid Hill, 24 and Roland Fletcher, 21, fled on foot.

The two were quickly located and arrested.

Police say Fletcher had a 9 mm handgun on him at the time of his arrest. 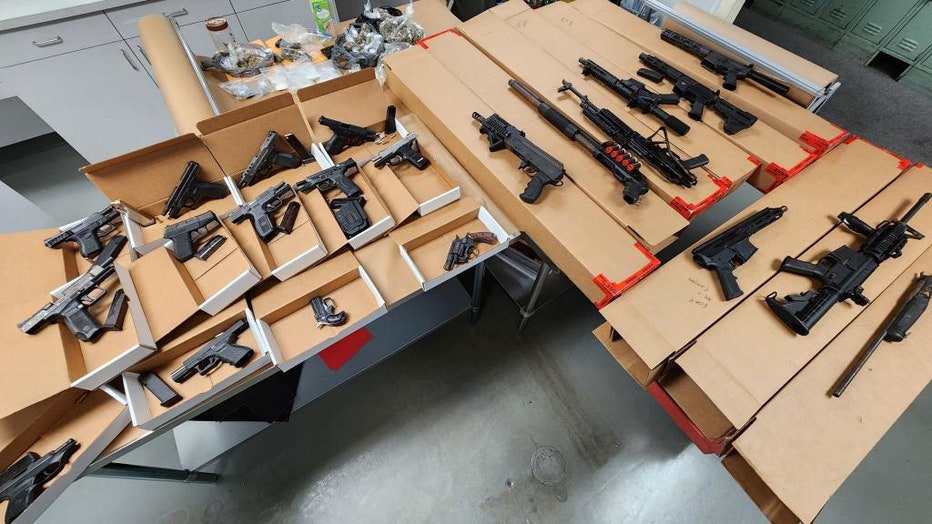 Tampa police seized 23 guns, many that were reported stolen, while investigating a suspected drug dealer. Photo is courtesy of the Tampa Police Department.

During the search of the home, officers recovered a total of 23 firearms, including 13 handguns, 9 assault rifles, and one shotgun.  Several of the handguns were reported stolen to the Tampa Police Department.

Drugs, including 35 grams of cocaine and 85 grams of Fentanyl pills were also found and seized from inside the residence. 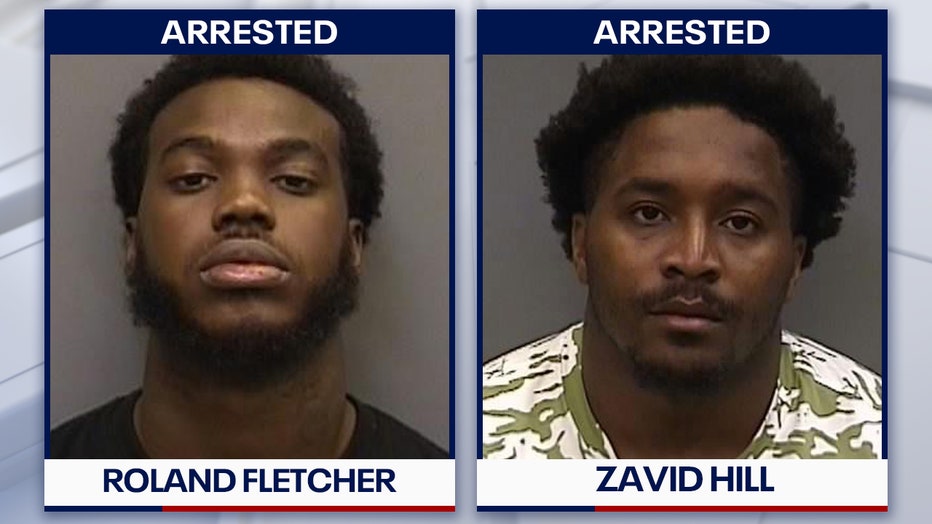 Fletcher is facing charges of resisting an officer without violence and carrying a concealed firearm.

READ: TPD to honor first female officer who took her own life 36 years ago

"I am proud of the proactive police work that led to our officers taking nearly two dozen guns out of the hands of criminals," said Police Chief Mary O'Connor. "Investigations like this continue to play a key role in keeping our city safe. I also hope this case serves as a reminder to those who own weapons to make sure their firearms are properly secured so they don't fall into the wrong hands."