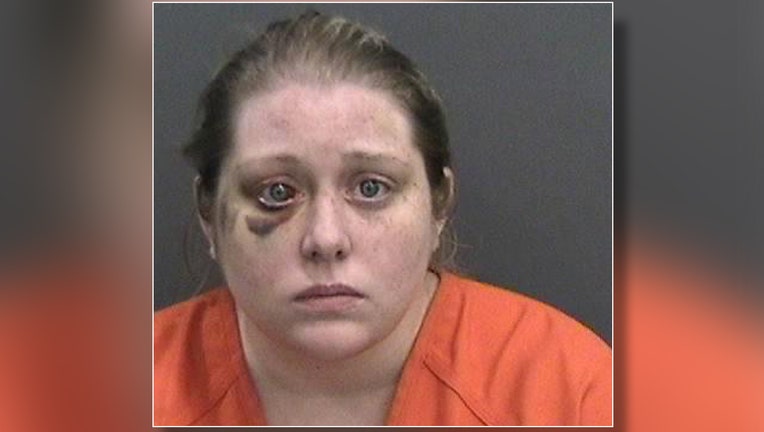 According to TPD, a woman was seen on video standing next to a silver Hyundai Elantra was telling fellow protesters that she had rocks and encouraged people to take her rocks and throw them at law enforcement officers.

The car's tag was registered to a white female by the name of Erica Schmidt, who matched the description of the female in the video.

Three officers present at the scene of the riot had to take cover when protesters intentionally and unlawfully threw rocks and other hard objects placing them in imminent danger of death or great bodily harm.

On June 6, Tampa police responded to 11727 12th St, Apt #4 and found the silver Hyundai Elantra parked out front. Police said after several phone calls and with the assistance of Schmidt's family, she ultimately exited the residence.

Police said Schmidt admitted to being present at the riots and that she and her boyfriend transported the rocks to the riot. She further stated that it got violent to the point where her vehicle was damaged and she was beaten up by fellow rioters.

Schmidt was arrested, transported to booking, and charged with three counts of aggravated assault on a law enforcement officer, throwing a deadly missile, rioting/inciting a riot, and unlawful assembly.