TAMPA, Fla. - This month, police across the county are taking part in National Night Out. The yearly event is billed as a way for officers and residents to have positive interactions.

The Tampa Police Department hosted Tuesday’s event at Raymond James Stadium. As it has with nearly every aspect of American life, the pandemic forced organizers to make some changes.

Instead of door-knocks and big crowds at local parks, Tampa’s National Night Out became a drive-through event, but officers and people still got a chance to chat and have some one-on-one time.

This year’s Night Out also comes at an interesting time -- just off the heels of protests over police brutality and racial injustice, weeks before the 2020 election, and during a pandemic.

Those who showed up Tuesday said National Night Out gave them some much-needed positivity.

TPD officers handed out goodie bags to drivers and passengers.

"I just saw them waving and just figured, I'm on my way home. I just thought it was pretty cool that they were taking the time," resident Richard Puls said. 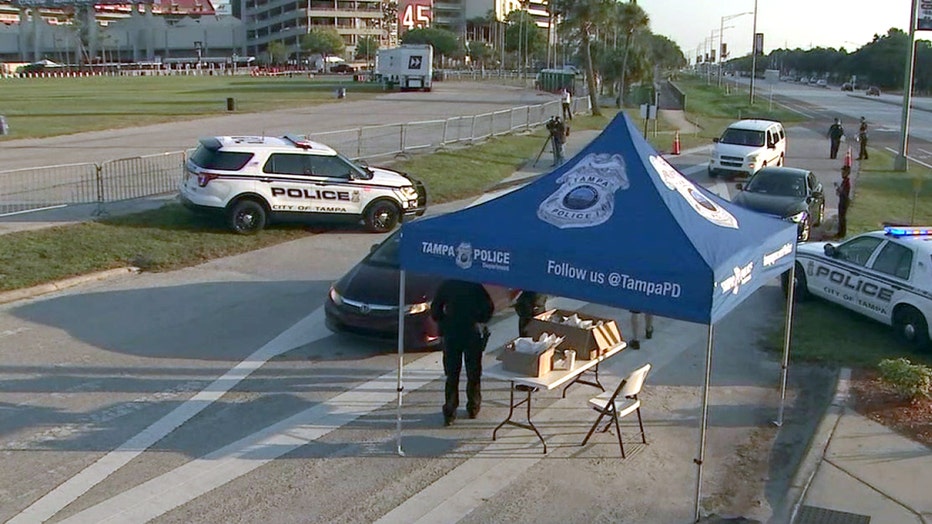 TPD Officer Sharnele Baker added, "These events are needed. It's a positive event. It gives the community and police officers a positive outlook. I'm truly enjoying it."

The National Night Out initiative is sponsored by the National Association of Town Watch.

The goals: reduce crime and enhance trust by building strong bonds between the community and the officers sworn to protect it.

"I can say that police can be good people, but it depends on the one officer who is there and how they act," 6th grader Matthew Acosta said.

"The Tampa Police Department loves our citizens. We love our residents. We love you guys. We're here to take care of you and embrace you. We got you," Officer Baker said.

TPD said more than 100 cars came through Tuesday. If you missed it, no worries. TPD is holding additional National Night Out drive-throughs, from 5:30 p.m. - 7:30 p.m., at the following locations: