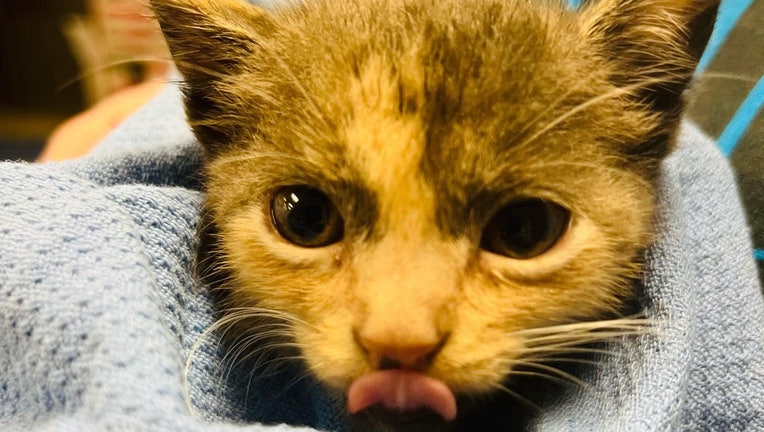 Two Tampa Police officers rescued a kitten during the height of Hurricane Ian. Photo is courtesy of the Tampa Police Department.

TAMPA, Fla. - A Tampa kitten may have used at least one of her nine lives trying to ride out Hurricane Ian on the streets alone.

According to the Tampa Police Department, two officers spotted the tiny animal alone and scared in the middle of Florida Avenue and Fletcher Avenue as Hurricane Ian bore down on the city.

The officers welcomed the kitten into their patrol car and took her to the Veterinary Emergency Group.

The family who adopted the kitten wanted to name her Ian, but settled on Stormie after learning she was a girl. Photo is courtesy of the Tampa Police Department.

Within an hour, the kitten found a family willing to give her a good home.

They wanted to name the animal Ian, but after learning she was a girl, they decided to call her Stormie.