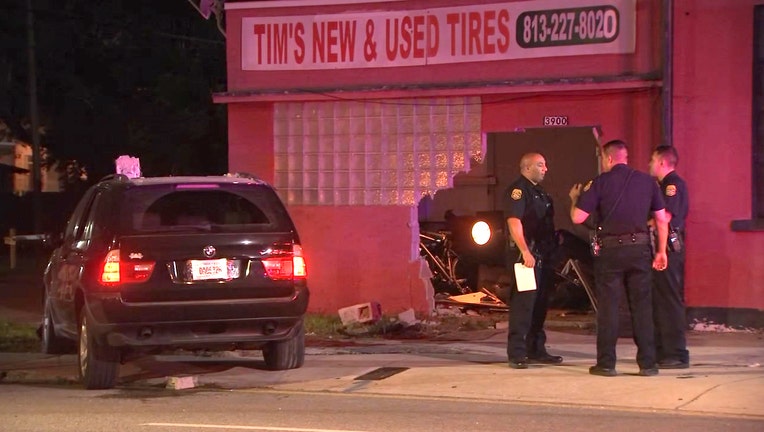 Police said they received the report before 2 a.m. When officers arrived at "Tim’s New and Used Tires" on North Florida Avenue, they found an SUV parked on the sidewalk and a large hole in the side of the building.

The driver, however, was nowhere nearby.

Police said they believe that person struck the building, reversed and abandoned the vehicle.