TAMPA, Fla. - Bay Area Cuban Americans held protests in Tampa Monday. A few dozen demonstrators came together on Armenia Avenue to express frustrations over conditions in the communist country, including internet outages there, resulting in many having trouble contacting their loved ones.

Julianna Penton told FOX 13 News she has more than 30 family members in Cuba has not been able to video chat with them. Through text messages, they described a scary situation where people are in desperate need of supplies.

Penton and several other demonstrators were calling for an end to the country’s dictatorship.

"They don't do anything for their people. They just take everybody's money. Everybody they know like tourists and everything. They don't help their people," Penton said. "Every single day there is electricity shutdowns. They have to take their own supplies to hospitals in order to get treated to it's really hard right now."

The anti-government protest in Cuba's capital of Havana was one of the biggest demonstrations in recent memory. Some tried to broadcast the protest live, but Cuban authorities shut down internet service.

Meanwhile, some are partly blaming Cuba's situation on the Biden administration and the president's reluctance to remove the tough economic measures against Cuba put in place by President Trump.

"The fact that the Cubans don't have medical supplies and food is not the fault of the Cuban government. It's the fault of the United States government not allowing ships carrying those things allowed into the harbors of Cuba," Albert Fox, the president of the Alliance for Responsible Cuba Policy Foundation. 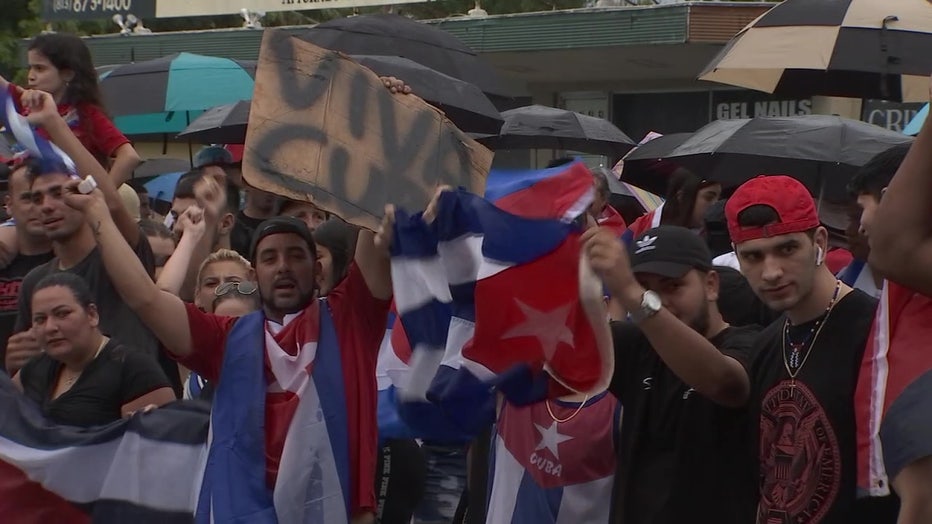 Fox believes the solution starts by ending the U.S.'s economic embargo against Cuba

However, attorney Ralph Fernandez, who is Cuban American, doesn't trust Cuban leadership to do what's right, either.

"If you impose sanctions, they blame you for it. If you cut the trips and dollars input, they just tighten up the economy with a new five-year plan. When people are dying, they blame it on someone else," Fernandez said. 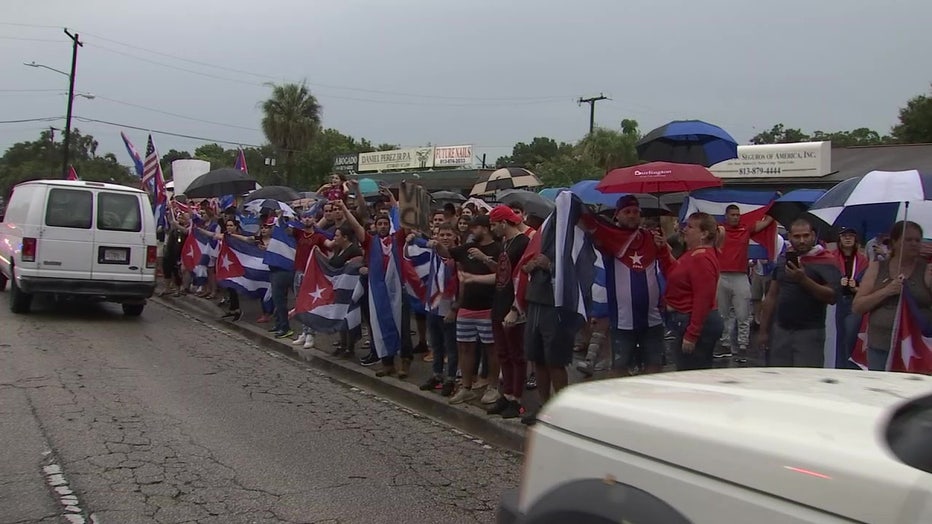 Protesters call for change in Cuba from Tampa

Penton is still hopeful something can be done to help the people in need, like her family.

"They are people too. They need food. They need a house. They need just to be free. They don't need that dictatorship anymore," Penton said.

Bay Area leaders including Mayor Jane Castor are voicing their support. In a statement released late Monday, the mayor said, "Tampa stands with the brave people of Cuba, whose ancestors helped build our community. The fight for freedom and against repression is all of our fight."