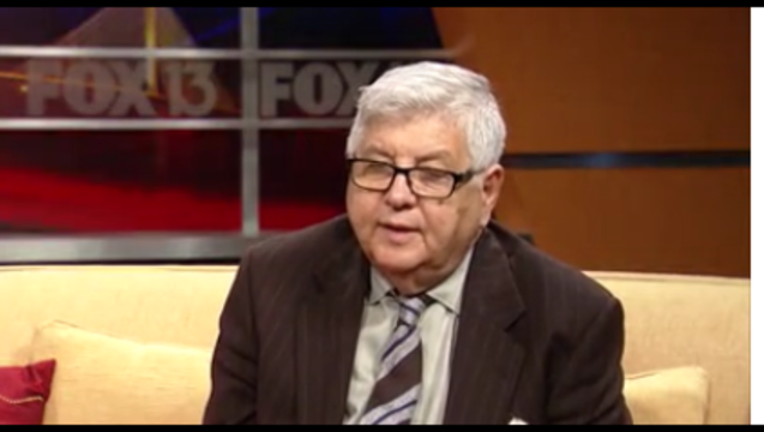 More than 400 people came together Sunday evening at Tampa's Jewish Community Center to pay tribute to the attorney.

Barbara Cohen, Cohen's wife, was one of the first to speak at the service.

"Some of you were at our wedding 20 years ago, and just as a side note, I want to take a moment and apologize for any bets you might have lost."

Cohen spent more than 50 years in Tampa doing what he called his “dream” job, according to an obituary from Segal Funeral Home.

He is best known for representing the Aisenbergs, parents charged after their 5-month-old daughter disappeared from her crib in 1997. Cohen helped the couple get almost $3 million in a lawsuit from the federal government for malicious prosecution.

"We felt of him as family, and he was a support for us in our lives, so we really appreciated everything he did for us," said Steve Aisenberg during a phone interview from his home in Maryland.

Tampa attorney Claire Saady worked cases with Cohen and recalled the advice she was given just two weeks ago.

"Even two weeks ago, he was still telling his war stories and telling me to just keeping going. Take care of my clients and do the best I could for this community because that is what he would want from everybody who is here and I will miss him dearly."

Before becoming a lawyer, he served in the United States Coast Guard.