Several groups are protesting to bring awareness to the issues at the Holly Court Apartments where mass evictions are underway.

TAMPA, Fla. - Residents at the Holly Court Apartments in Tampa are fighting for answers and change after receiving non-renewal notices and notices to vacate on New Year’s Eve.

Residents say the notices told them they had to be out by January 31 due to water issues at the complex. Those with resources left, but several families remain even after an extended deadline through February 4.

Mya Lee has a lease with Holly Court through the end of June. She says she can’t leave due to a lack of affordable housing options.

"Nobody has openings right now. Everybody’s opening is for March and May and later on into the year," Lee said. "It’s kind of hard because there’s no money." 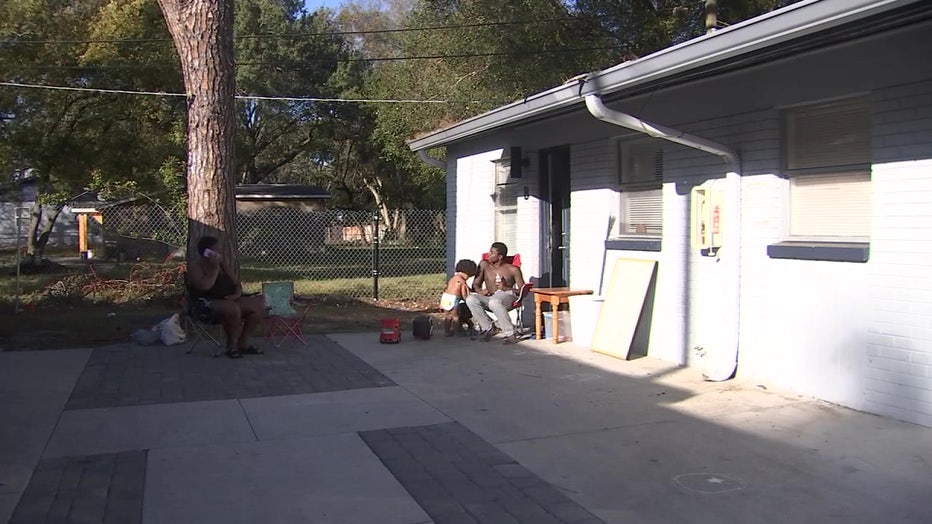 Residents have staged protests against the owners about the notices and living conditions at the complex including mold, water, and plumbing issues. Community organizers are also working on their behalf standing in solidarity with the tenants.

"In low-income communities, in Black communities, they think they can get away with stuff because no one is keeping an eye on it," Jae Passmore stated.

Organizers say this is an issue bigger than what’s happening at Holly Court and more attention needs to be given to the problem.

"Everybody wants to call it ‘Champa Bay’, but what about the heart and soul of Tampa? Those are the people being pushed out," Passmore shared.

They are asking for the owner to honor the leases and properly address the maintenance issues and living conditions for residents.

FOX 13 reached out to the property owners and received the following statement on February 7.