TAMPA, Fla. - Police are searching for a burglary suspect who apparently broke into a Tampa home and then lived there for several days.

The homeowner says she came home from vacation to find the stranger staying in her home. She confronted the man while on the phone with 911, but he was able to get away before the police arrived. 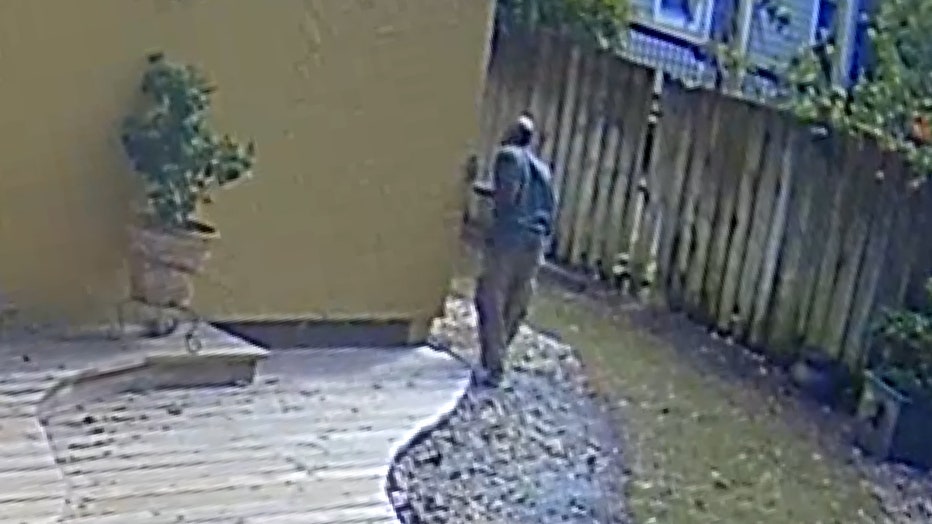 Video from a Ring doorbell camera shows the moment she spots him in her backyard. She asked why he was there and then went inside to grab her phone.

Moments later, the man enters the guest house to grab his bag.

While she was on the phone with 911, the homeowner managed to snap a photo of the intruder before he ran off.

"He tried to cover his face and then he took off running. We responded with air service, searching for this suspect," Tampa PD Public Information Officer Jamel Laneé said. 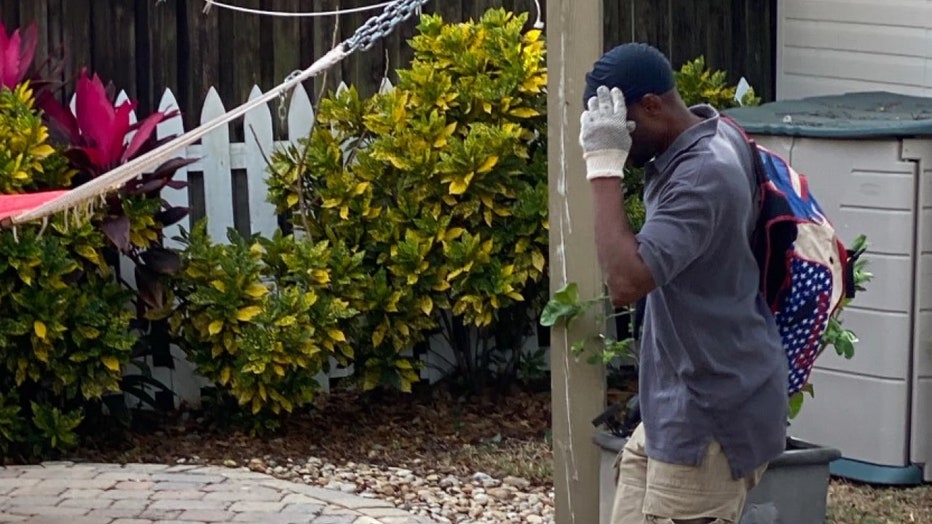 Meanwhile, the homeowner's camera caught the unwanted visitor helping himself to a bowl of soup, which he appeared to sit outside, possibly to heat it up. 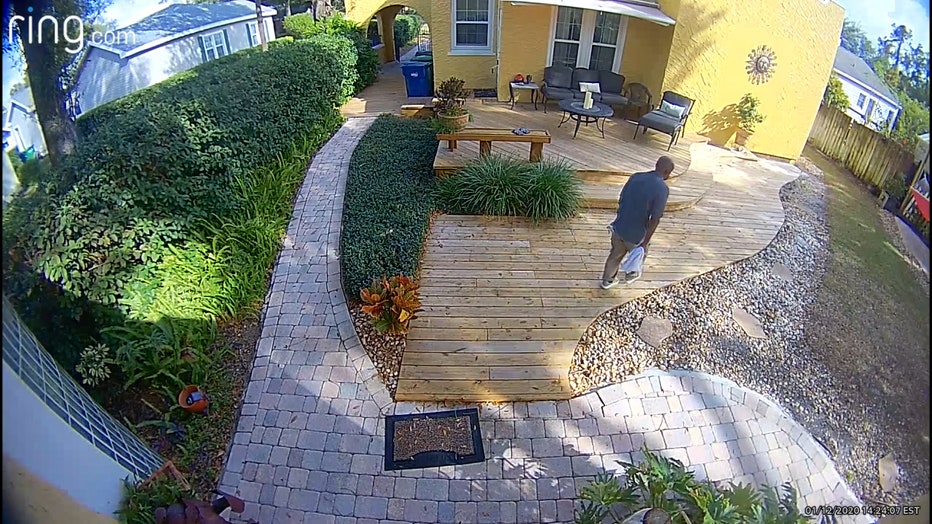 Hours later, he was spotted creeping around the corner of the home.

After she returned home and ran him off, the homeowner says she noticed two leaf blowers and a mower were missing. When she went inside the guest house, her TV was unbolted from the wall and wrapped in a blanket - as if he was going to take it.

"We're hoping that by putting this video out or showing it that at least somebody will come forward and be able to recognize him," Laneé said.

The man was last seen wearing a blue shirt, tan cargo pants, blue socks, blue shoes, and a blue hat. He was also carrying a gold, red, white and blue American flag backpack. If you have any information, call Tampa police. 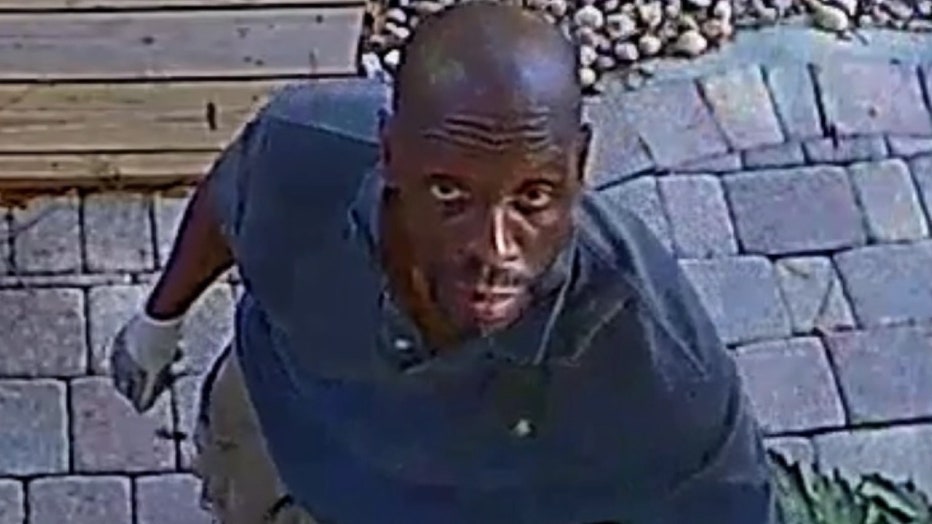