TAMPA, Fla. - An accomplished triathlete in Tampa was killed over the weekend while doing something she loved – riding her bicycle.

On Saturday, Jessica Bibza was training for a triathlon when a vehicle hit and killed her on Gandy Boulevard near West Shore Boulevard.

The Tampa Police Department is investigating the incident.

"Why does this have to happen?" asked Maria Lopez, one of Bibza’s friends and teammates. "It’s devastating because it makes the rest of us scared to keep doing what we’re doing." 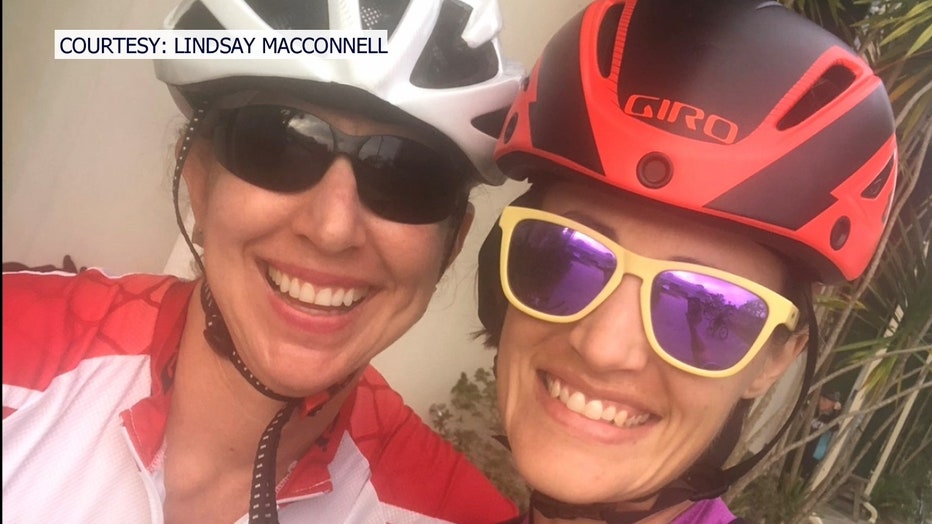 The cycling and triathlon community Tampa Bay is left in mourning, impacted by the loss of one of their own.

"We’ve raced together, we’ve hung out together, she’s created these rides locally here in Tampa, over three counties," said Sonja Olson, one of Bibza’s friends and teammates. "She’s just like, ‘I’m going to do this. I’ve mapped it out. Come join me.’ That’s what she did, that’s what she loved to do,"

The triathlon Bibza was training for when she got hit and killed was the Ironman World Championship in Kona, Hawaii. Friends say she has competed in the race several times.

Now, athletes want to remind drivers of how important it is to share the road.  As Lopez mentioned, it can be scary for a lot of cyclists. They have close calls too often.

Cyclists urge drivers to be patient and to adhere to the six-foot rule when approaching a cyclist on the side of the road.

There is no word yet on any arrests or if a driver was in custody. The events leading up to the deadly crash remain under investigation.

In the meantime, a GoFundMe has been set up to help the family with Bibza’s memorial. To donate, click here.