Mayor says Boom by the Bay is set for July 4th

TAMPA, Fla. - Tampa’s Independence Day celebration, which was canceled last year due to the pandemic, will be back and "bigger than ever," the city announced Tuesday.

Boom by the Bay, which kicked off in 2019 only to be scuttled in 2020, will take place on July 4th and make full use of the city’s Riverwalk.

Mayor Jane Castor’s office says a boat parade and blessing of the fleet will start at 5 p.m., followed by fireworks from six different locations at dusk, including:

Each site will have food vendors, entertainment, and fireworks, which will be choreographed together and launched simultaneously, the city said.

"We are going to bring it back even bigger. There's going to be six locations along the river for firework displays that are going to be off the chart," Mayor Jane Castor said. "What we want everyone to take away is one that we live in such a great country, but also to bring us all together as a community. To bring families in. To be able to have friends and neighbors all come together." 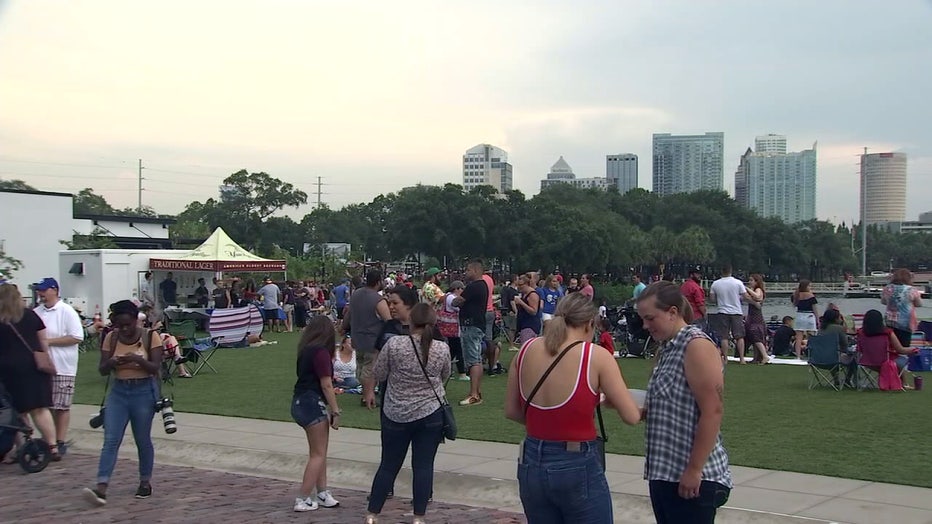 The event will be free.

Tampa joins several other Bay Area communities in bringing back fireworks and other July 4th events as COVID-19 vaccinations allow restrictions to be lifted. St. Petersburg, Sarasota, Lakeland, and Bradenton are among the communities that have announced events for this year.

Separately, the state of Florida is encouraging residents to get outside during ‘Freedom Week,’ a tax-free holiday that coincides with the Independence Day holiday.

From July 1 through 7, there will be no sales tax on tickets purchased for such things as live music, athletic contests, in-theater movies, cultural events and entrance to museums and state parks.