TAMPA, Fla. - The Tampa Bay area man who pulled off, arguably, the greatest undercover operation in US history – infiltrating the biggest drug cartel in the world – has done it again.

Robert Mazur chronicled his first deep-dive into the dark and violent world of drug cartels in his best-selling novel "The Infiltrator," which was made into a movie of the same name in 2016 starring Bryan Cranston.

Now he has shared new, harrowing stories of his second dive undercover, this time into the Cali cartel, with FOX 13's Mark Wilson.

"The Americas are afire with corruption and that's why I felt it so important to get the truth out," Mazur says in an exclusive interview under low-light in our FOX 13 studio recently.

He still hides his face for fear of retribution as he knows of several bounties on his life over the years.

A former IRS agent and money laundering specialist, Mazur earned their trust with years of undercover work. That's when he discovered a significant portion of the financial industry is laundering money for drug cartels to the tune of $2 billion a year. 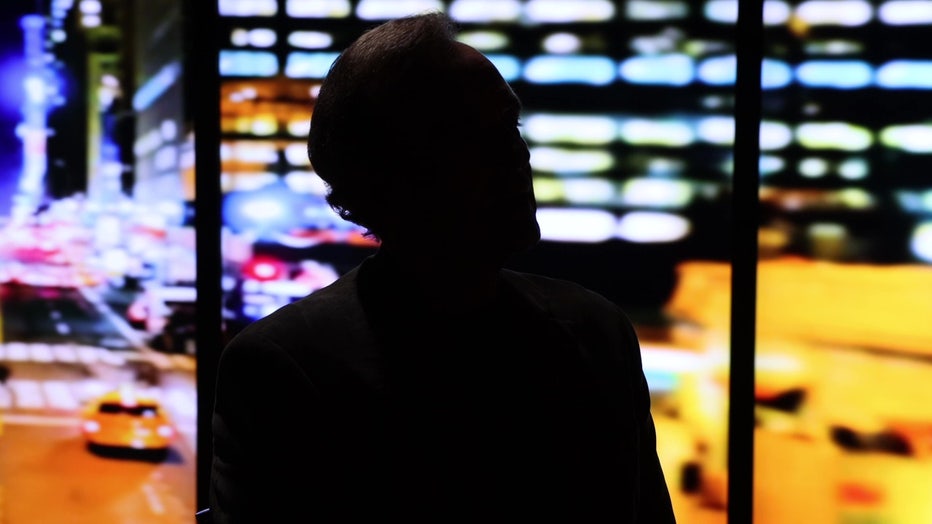 "I wanted to get more evidence of that to show the public, so I was very motivated to go back," he tells FOX 13.

The key during his first time undercover in the Medellin cartel was convincing them he was connected to the NY mob and could launder hundreds of millions of dollars for them. And that was key to luring them to the Tampa Bay area, convincing dozens of them to fly for Robert's fake wedding at The Innisbrook Resort in Palm Harbor in the late 80s, and arresting them the night before in downtown Tampa.

Federal agents picked each one up individually in limousines, when they thought they were going off to a bachelor party.

"And [the arresting agents] had to convince them that they really had been arrested. There was a lot of disbelief within the group," Mazur says.

His new book, "The Betrayal," tells his story of infiltrating the Cali cartel in the early 90s and exposing the federal agent who turned on him, telling cartel leaders Robert worked for the DEA.

Bob Mazur: Behind the cartels and inside Tampa

Bob Mazur's ties to Tampa Bay run deep and he plans to tell even more about his years undercover in a cartel at his event on August 27.

Mazur: At that stage some people might have ended the operation, but my thought was, we know it, we can't prove it, but we know it. The only way for us to be able to get this corrupt officer would be to stay under, feed him misinformation and ultimately our plan worked, and we put him away for 11 years.

Mark Wilson: So you stayed in knowing at any time you could have been grabbed, kidnapped and disappeared forever?

Mazur: Yeah, and I almost was. I start the book that there was a meeting I was at, and there was a hit squad outside. And if that meeting happened 3 minutes longer they were gonna come and get me.

Another revelation while undercover was the exploding fentanyl crisis, which is beyond control, in his eyes, without a renewed effort on prevention and treatment.

Mazur says the drug cartels can get all the fentanyl they want from the unregulated pharmaceutical companies in China, which is why he feels reducing demand is our only chance.

"We do an important thing when we cut the heads off of the snakes - that's important. But we have to recognize that people who use are sick, and they need help," he said.

Mazur now reflects on doing all of this with a family at home, often paralyzed by wonder and worry.

"Thankfully, I am still married to my high school sweetheart and we got through all of that, but that was nip and tuck there for a while."

He also says the lasting effect of his children will forever be felt.

"The youngest was 17 when the last undercover operation was over," Mazur said. "A discussion with that child at the infiltrator premiere in New York was an interesting one. He came over and said dad, I'll forgive you. I forgive you because I understand. That took almost three decades."

Mazur is now consulting, hosting a podcast and working on getting "The Betrayal" to the big screen as well.

"Things are happening," he said regarding movie development. "[Bryan] Cranston is already on board, so there is tremendous interest."

And Mazur will be doing something Saturday, August 27 that he's never done before – appear in public.

Cameras won't be allowed because he must still protect his identity, but he'll be doing a rare Q&A and book signing at the Tampa Theater. Tickets will include a signed copy of "The Infiltrator" with proceeds going to GiGi's Playhouse, a Down Syndrome Achievement Center in Tampa.

For tickets to "A Conversation with Robert Mazur" on August 27 at the Tampa Theater, visit https://www.etix.com/ticket/p/2985918/a-conversation-with-robert-mazur-tampa-tampa-theatre.