The iconic toys of Mattel

Mattel has produced several iconic toys throughout the decades.

MINNEAPOLIS - As shoppers prepare for the holidays, Target announced it will have its "largest" Black Friday sale yet.

According to the company, the deals will be available between Nov. 20 and Nov. 28 online and in stores and will feature deals including up to 50% off electronics, toys, video games, kitchen appliances and more.

The retailer said it will also debut new deals on Thanksgiving Day through the holiday weekend, and for Cyber Monday on Nov. 27-28. 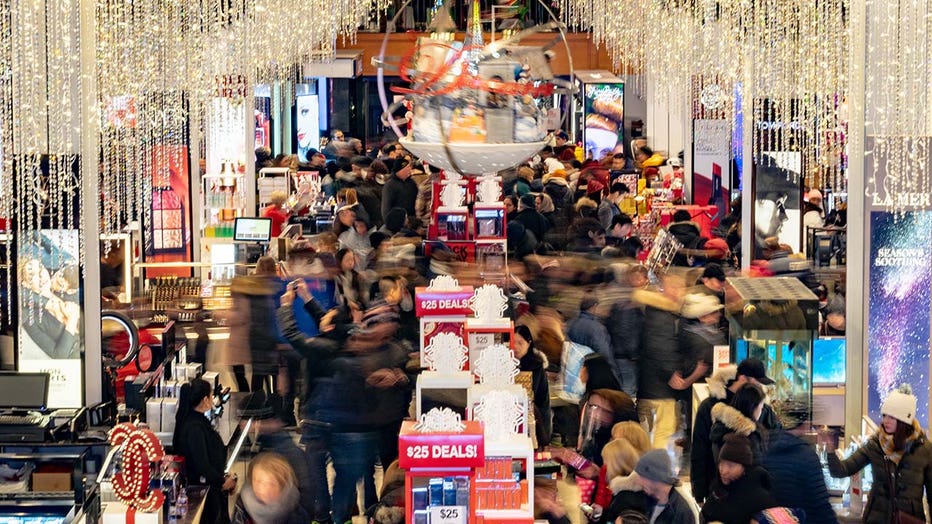 People shop at the Herald Square Macy's Flag ship store for the early Black Friday sales on November 22, 2018 in New York City. Known as 'Black Friday', the day after Thanksgiving marks the beginning of the holiday shopping season, with many retailer

"We know our guests are looking forward to Black Friday for big savings across all of their holiday needs, and we’re planning to deliver for them with our biggest Black Friday sale ever," said Christina Hennington, Target’s executive vice president and chief growth officer.

Target deals will include:

Target previously announced that all of its stores would be closed on Thanksgiving Day. Most stores will reopen at 7 a.m. local time on Black Friday, Nov. 25.

But Target isn’t the only store pulling on all the stops for the holidays. Stores such as Amazon, Walmart and Best Buy have already started releasing some of their Black Friday deals.

In August, Walmart released its list of the top toys for 2022, with more than half the toys on the list under $50 and many under $25.

Some of the top toys rolling out this holiday season are highlighted by major brands including LEGO, Cocomelon, Jurassic World, Hot Wheels, L.O.L. Surprise, Paw Patrol, Barbie, and Magic Mixies.

"We know our customers are shopping early, and finding the lowest prices on toy gifts is a priority for many families this year," Laura Rush, senior vice president, Electronics, Toys and Seasonal, Walmart U.S., said in a statement. "We’re excited to help our customers as they start their holiday shopping by announcing our Top Toy List today and providing them with a fantastic selection of toys in stores and on Walmart.com at low prices only Walmart can deliver."

According to a new survey by the National Retail Federation and Prosper Insights & Analytics, an estimated 166.3 million people are planning to shop from Thanksgiving Day through Cyber Monday this year. This figure is almost 8 million more people than last year and is the highest estimate since NRF began tracking this data in 2017.

"While there is much speculation about inflation’s impact on consumer behavior, our data tells us that this Thanksgiving holiday weekend will see robust store traffic with a record number of shoppers taking advantage of value pricing," NRF President and CEO Matthew Shay said. "We are optimistic that retail sales will remain strong in the weeks ahead, and retailers are ready to meet consumers however they want to shop with great products at prices they want to pay."