TARPON SPRINGS, Fla. - The countdown to Thanksgiving is on for the Tarpon Springs High School marching band as they prepare to perform in the Macy’s Thanksgiving Day parade in New York City.

"I’ve watched it almost every year since I can remember, and it’s just kind of crazy I get to be a part of it for the very first time. I get to be one of those people you get to see on the TV," said Sylvia Beach, a 16-year-old senior who plays mellophone and French horn.

The 200-plus high school marching band did a full-dress rehearsal performance for friends and family Friday, before they pack up over the weekend and leave for New York Monday morning. 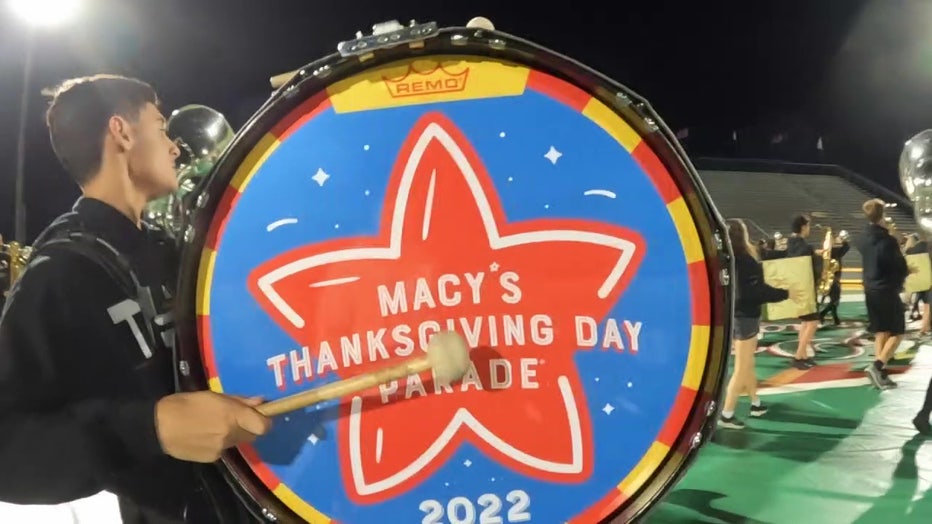 Band director Kevin Ford said the band was accepted to the parade in 2019, but the pandemic delayed their performance to 2022.

"We knew for a really long time that we were selected for the parade, but we weren’t allowed to make the announcement," said Ford, director of the Tarpon Springs High School Leadership Conservatory for the Arts.

Students described their reactions when they found out they were going to perform in the parade. 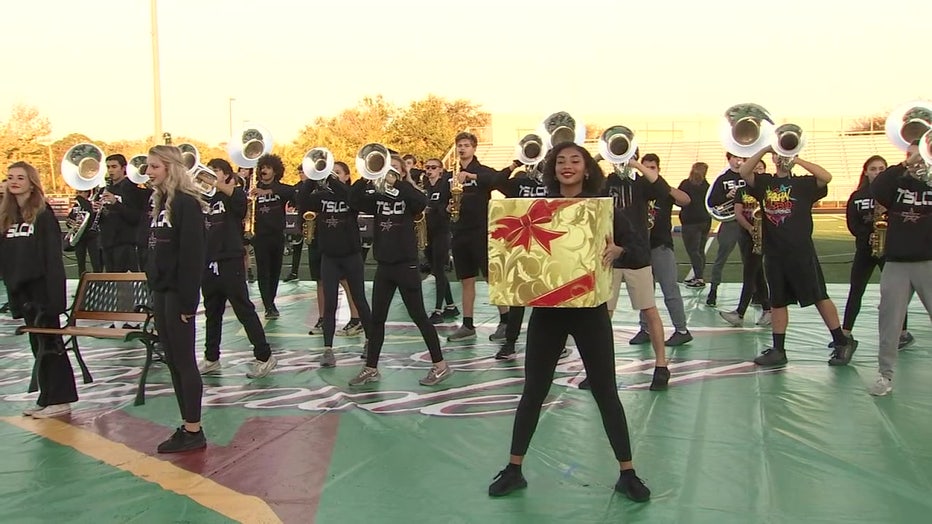 "I just couldn’t believe that we were going to see New York City, all the iconic things there and just explore opportunities there and to get to perform for so many people," said Beach. "We were all jumping up and down. We were so excited."

READ: Thanksgiving 2022: What’s closed, what’s open and where to dine

Parker Towning, a 15-year-old sophomore who plays piano and cymbals for the marching band, said he was born in Long Island and looks forward to returning.

"I’m really pumped, I think it’s going to be really cool to go to New York City," said Towning. "I couldn’t even believe it was real. I was really like ‘wow I haven’t been there in so long,’ and now that it’s really happening." 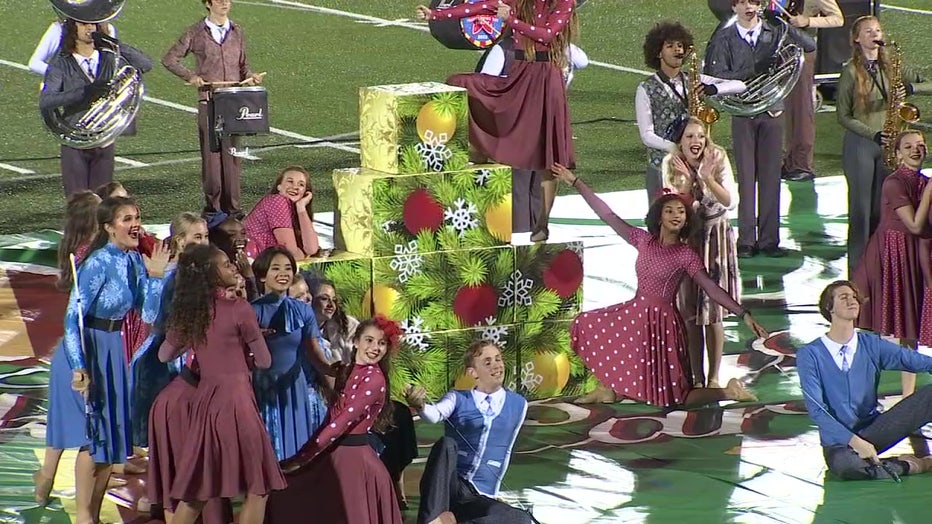 The marching band fund raised more than $500,000 to pay their way, Ford said. That money helps pay for every band student to have a once in a lifetime experience, funding their flights, transportation of equipment, hotels and more.

Ford said their performance theme is based on a 1940s holiday shopping experience. He said he saw a photo of the Macy’s department store from that era during a visit to New York for the parade, and he knew that would be their themed production.

"The students will be dressed up in 1940s costumes, and we’ll be kind of depicting a day at the holiday season in New York City," said Ford. 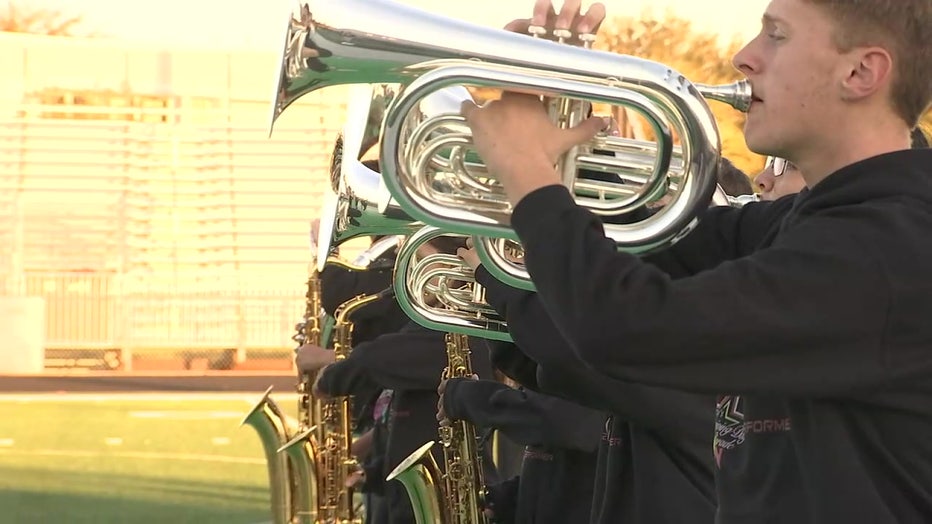 The band will march and play holiday songs for about three miles through downtown NYC starting from Central Park. Once they reach the main area for their performance, they will have one and a half minutes for their production.

They will perform for about five million people in the streets and 50 million television viewers, Ford said.

"We just learned that last week that we’ll be the last band on right before they introduce Santa," said Ford, which he adds will fit in with their theme of transitioning for the holidays. 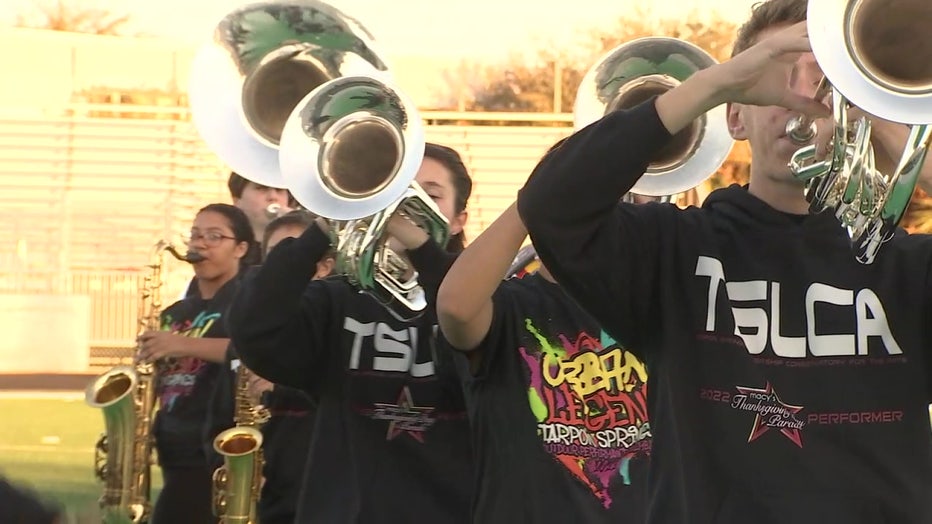 Nine years ago, Tarpon Springs High School performed in the parade in 2013, and Ford was at the helm of the program then. So, he took lessons learned back then to help another generation of performers for this year’s performance.

"Once their adrenaline starts going, they kind of want to rush everything which is completely understandable, but I think what we’ve been able to do is prep them a little bit better for that," said Ford.

It’s practice to work out their nerves in hours of rehearsals. 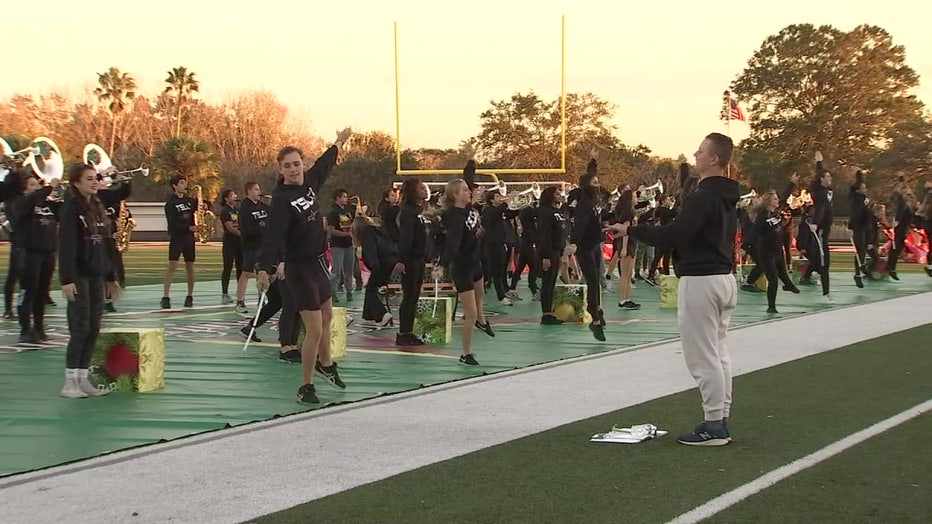 "We worked hard to be here. It’s not just given," said Towning, who said performing takes a lot of mental and physical strength. "[It’s] a lot of hard work, really putting in as much time and effort as we can because everybody’s really got to come together collectively, make it their goal to be the best that we want to be."

They can’t wait to proudly represent their city and state.

"It’s definitely the icing on the cake, I never would have expected. But it’s a dream come true," said Beach.