The winter attraction opened on Friday at 5 p.m., and it will be filled with activities, shops, festive food and drink options and nightly light shows throughout the season, according to organizers. 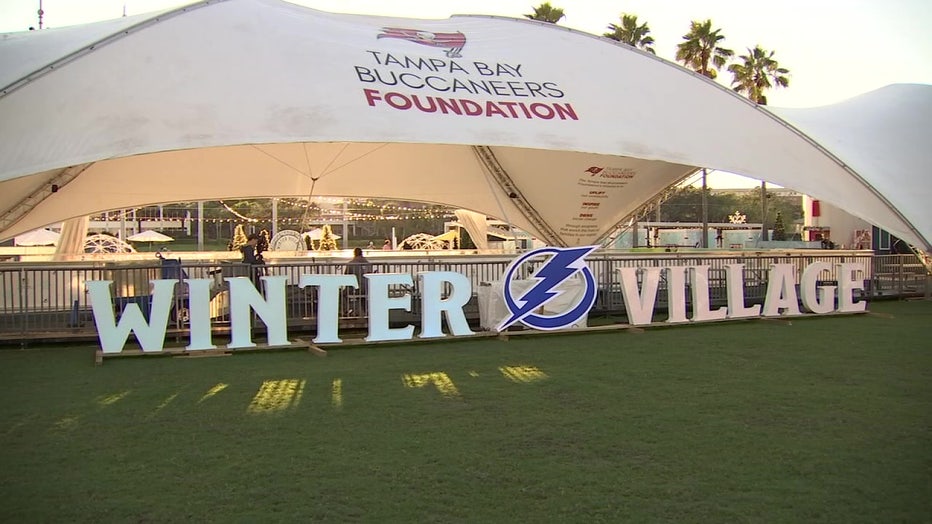 The real outdoor ice skating rink, which is sponsored by the Tampa Bay Lightning, made its return with Winter Village. Officials said visitors will be able to enjoy the rink with the backdrop of The University of Tampa and Tampa Riverwalk.

Tickets include skate rental and must be purchased online in advance, according to organizers. 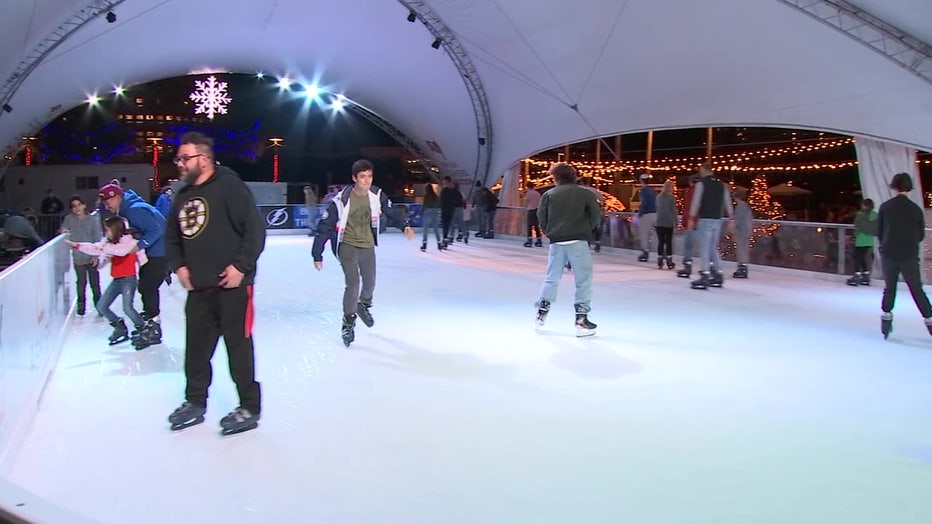 For the first time, Winter Village will be offering visitors Tampa's version of curling. The popular winter sport is available daily for free on a special non-frozen court that simulates ice, and it will be offered on a first-come, first-serve basis, Winter Village organizers said.

A team based curling league will also run from November 30-December 28 at Winter Village, and it will meet weekly on Wednesdays from 6-10 p.m. Registration for the curling league is $200 and can be reserved online. 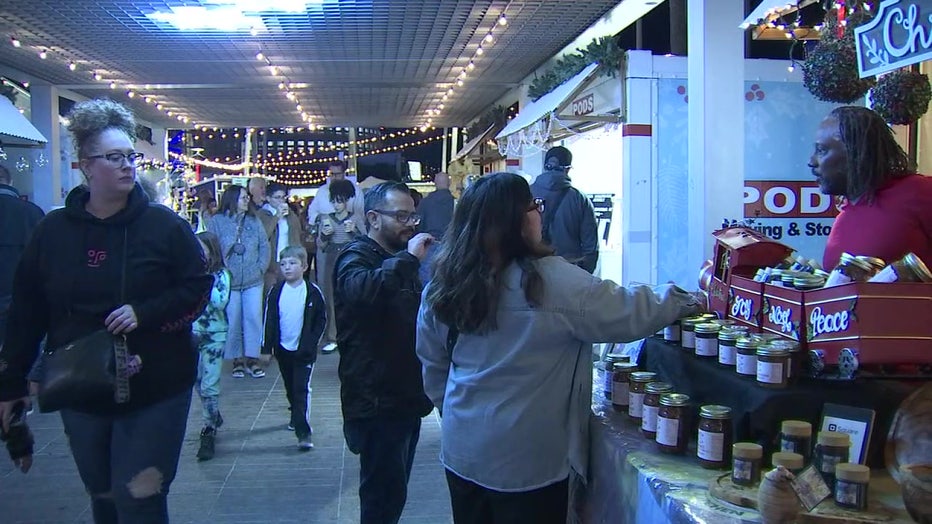 Guests can also see a nightly 360-degree light show, making Curtis Hixon Park sparkle during a 10-15 minute display at the top of the hour from 7-10 p.m., organizers said. The Curtis Hixon Choo-Choo will also feature a 12-seat, three-car trackless train that loops around the park Friday-Sunday from 5-10 p.m. for children. 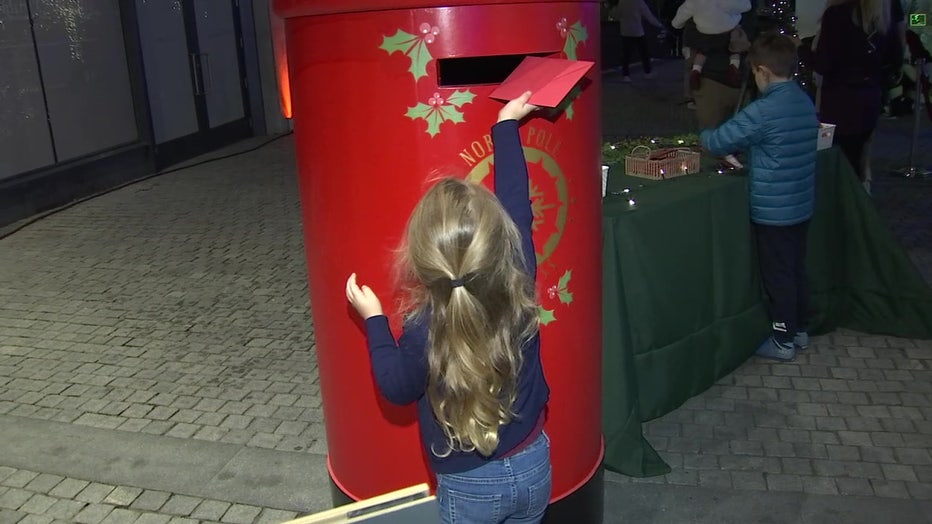 The Winter Village Express is also back this year for a family-friendly streetcar excursion that goes from downtown's Whiting Station to Ybor City and back on the TECO Line Street Car. Organizers said the one-hour trip features a holiday sing-along, trivia, milk and cookies and an added surprise along the way.

The express only runs on Sunday evenings and visitors have to buy tickets in advance. 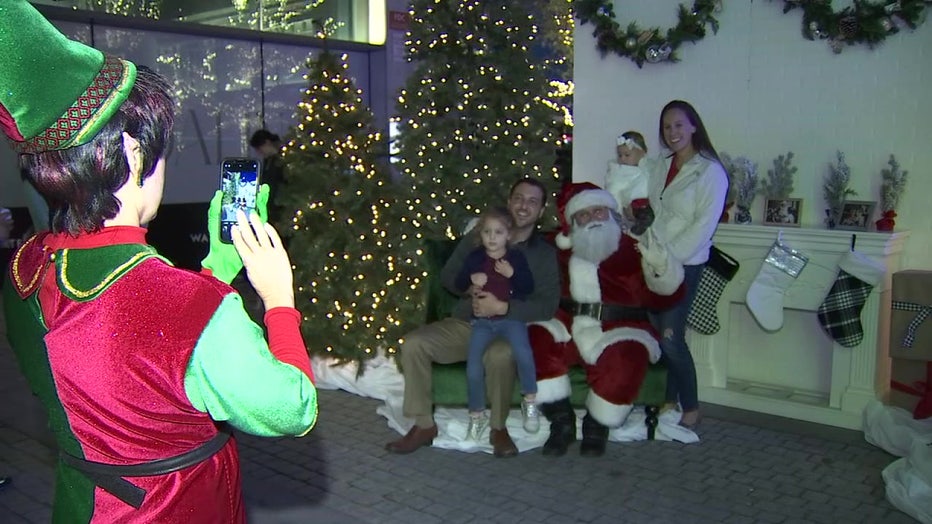 There will also be Santa Sightings on December 2, 9, 16 where Santa and Mrs. Claus will make stops at three different locations throughout Winter Village. Organizers said the Tampa Theatre will also present two holiday classics at Curtis Hixon Park.

Guests can catch movie showings for "Arthur Christmas" on November 19 or "Disney's A Christmas Carol" on December 16. Both showings are at 7 p.m. 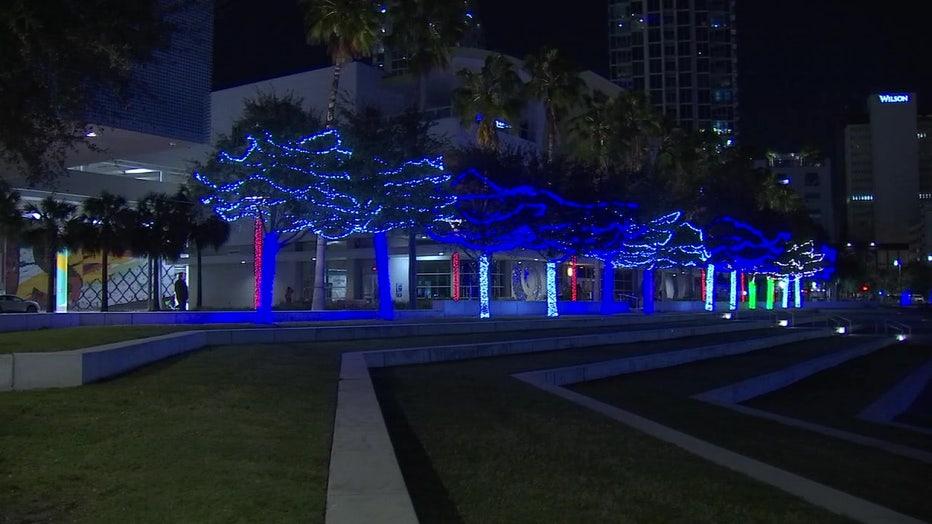 MORE: Thanksgiving 2022: What’s closed, what’s open and where to dine

For more information on purchasing tickets for the ice rink and Winter Village Express, visit WinterVillageTampa.com.