A Bay Area swimmer is making a splash in the fight against cancer.

ST. PETERSBURG, Fla. - A Bay Area swimmer is making a splash in the fight against cancer.

The pool has been Wyatt Deaton's place of respite after his mom's battle with cancer. She was diagnosed four years ago.

Michelle Deaton went through 11 rounds of chemotherapy and underwent surgery.

"They actually found out that I had a very rare form of [what] used to be called Juvenile Carcinoma, because the average age that they found this particular cancer was 9-year-old children," Michelle said.

Now, she's in remission and Wyatt is on a mission to help others like his mom by raising funds through the Swim Across America - Tampa Bay Open Water Swim.

Swim Across America is a national organization that raises money for pediatric cancer research, prevention and treatment.

"I'm helping a lot of people out," said Wyatt. "I'm helping them… live longer, with the help of all the research that's going into cancer," Wyatt said. 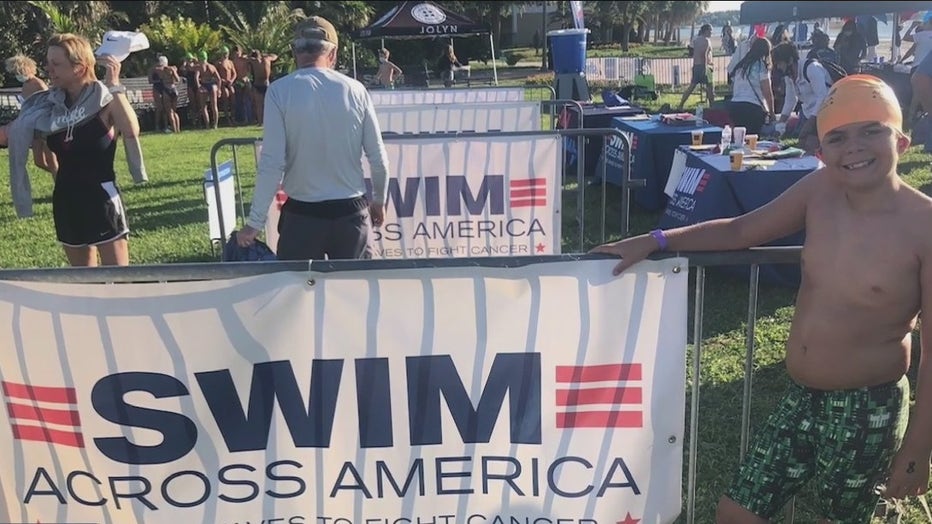 "The doctors really need it for cancer research, so they can help care for more kids and adults out here," Wyatt said.

He will be one of the youngest competitors in the nation to swim the 2-mile event in Tampa Bay waters.

"We're very proud of him. This is the second time swimming the event. Last year he swam a half a mile, which, of course, the mama bear in me was extremely nervous when I saw the mile course roped off that he had to swim half of," Michelle added.

His coach, Brian Akern, will be swimming with him.

"I think it's incredible. I think it's pretty special for someone who's 11 years old to be so unselfish like him. $7,000 in three years and over $4,000 this year, coming from someone from our team to raise money for cancer research is pretty spectacular," Akern said.

For Wyatt, it's a way to show his peers the joy of giving back.

"Any opportunity that you can give back, I think you should take it because you might be helping somebody or some people out," he said.