WINTER HAVEN, Fla. - A war of words is escalating over a tree. Not just any old tree – the so-called rope swing tree on Lake Eloise. It has been there for as far back as anyone can remember.

"I have customers who grew up here, and they remember the swing rope when they were kids," said Francis Maldonado of Freedom Boat Club, which rents boats long-term to people on the Chain of Lakes.

This past weekend, many were disappointed.

"They were upset because a lot of people like the adventure of swinging out on the rope swing," he said.

But on Saturday, they couldn’t do that because someone cut down the limb that the rope swing hung from.

Immediately, a Facebook page popped up, and people, irate over losing the rope swing, started posting.

A black flag was hung on the tree in memoriam. 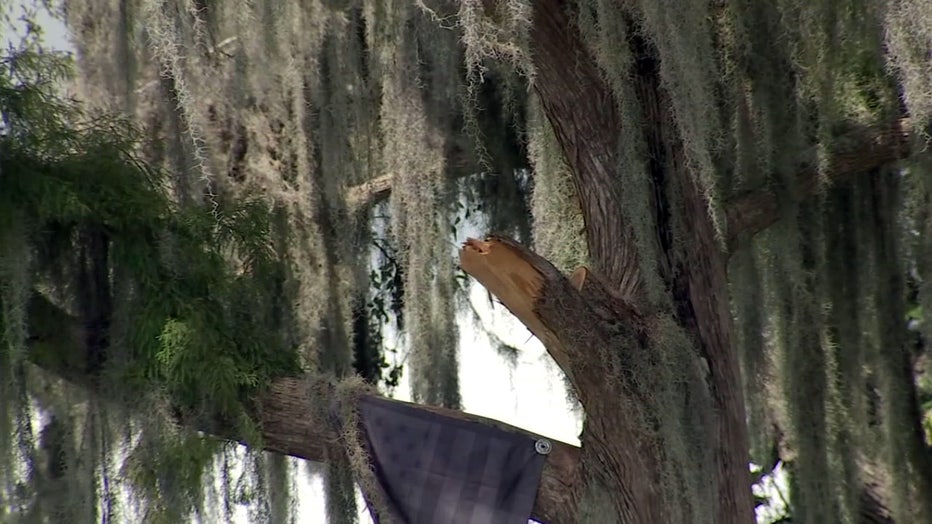 "I don’t know who else is p*****, but I want you to look at this. This right here," said the emotionally charged bearded man on TikTok, as he moved halfway out of the frame so viewers could see where the limb had been cut.

Many of the posts blamed the family who just bought the house closest to the tree. Some even threated them.

The new homeowner, Alex Lucio, told FOX 13 that he didn’t touch the tree but he is not going to take the social media tsunami of criticism sitting down.

"We have gone so far as to engage multiple law firms and a team of private investigators to track down and deal with the online threats," he said. 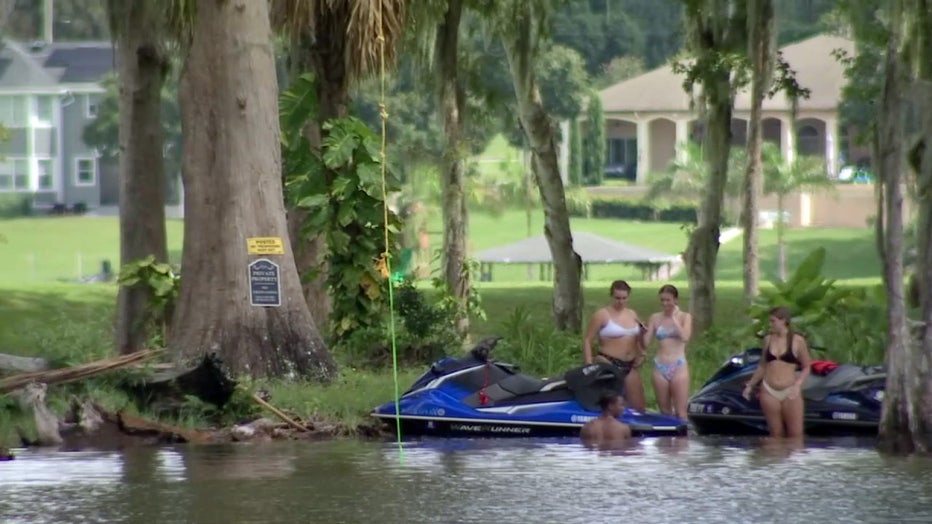 The controversy may heat up even more  this weekend. Social media indicates that there is going to be a flotilla protest near the tree this Saturday at noon.

The Polk County Sheriff’s Office says marine deputies are going to be there to make sure things don’t get out of hand.

In the meantime, someone put up a new rope swing on another branch of the same tree, and people are once again getting an adrenaline rush from swinging.

"Like a roller coaster, just not as fast," is the way that Magus Darrington described the experience.

It’s anyone guess how long people are going to be able to continue to have that experience.