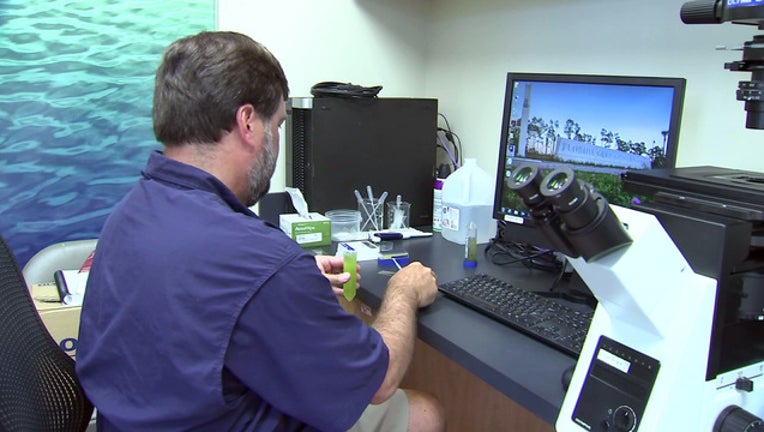 The Florida Department of Environmental Protections is currently monitoring a toxic bloom in Lake Okeechobee near the Port Mayaca Dam. Samples of water in this area just tested as three times too toxic to touch.

Last week, another bloom in Lake Okeechobee near the West Palm Beach canal tested seven times too toxic to touch.

The blooms are fed by man-made pollution, including leaking septic tanks and fertilizer runoff.

Meanwhile, as blooms sprout across the state, Congressman Vern Buchanan raised concerns about toxic algae that is turning up in Manatee County's Robinson Preserve, and the Manatee River and canals.

"The problems at the Robinson Preserve further demonstrate that Florida continues to grapple with algae booms," said Rep. Buchanan. "It is a dangerous plague on our community's economy, environment, and way of life. That's why it's so important to keep fighting to help combat algae blooms and research long-term impacts on human health."

Dr. Parsons serves on Florida's newly created toxic algae task force. He said university scientists are not testing as much as they would like due to funding constraints.

"One unfortunate circumstance is we almost have to wait for the next blooms so we can initiate the next level of studies and a lot of that is related to funding," he said.