Have you picked up a pumpkin yet for this Halloween? Chances are, it's got nothing on this one! A Dunedin man traveled out of state to get this 1,400-pounder!

DUNEDIN, Fla. - If you thought the pumpkins in your Halloween display were impressive, we have bad news. You cannot compete with the award-winning giant pumpkin in a Dunedin family’s front yard.

A 1,421.5-pounder is the centerpiece of the Liggett family's Halloween display.

“It's good and stable. People will be able to get some pictures with their kids and with their pets,” said Dan Liggett. “I got a call from my parents and they said, 'do you want a pumpkin?' I said, ‘Absolutely.’” 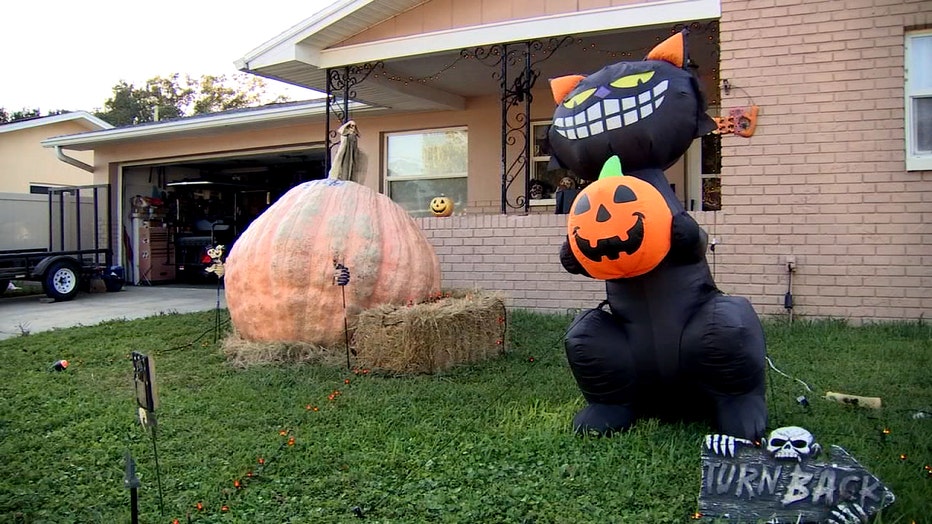 Liggett said growing giant pumpkins is a passion and has been a long-time hobby for his family in Circleville, Ohio, a town known for its pumpkins and yearly pumpkin show. The pumpkin Dan received from his parents is a prize-winner. 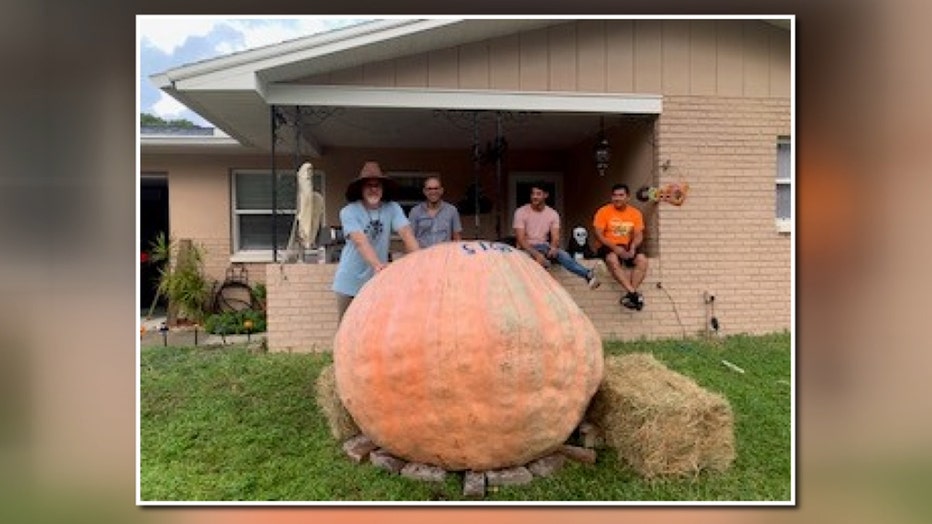 “He did win the Circleville Pumpkin Show competition this year with this pumpkin,” said Liggett of his father. “After the pumpkin show, they have to load it, get it off display. So they load it onto this with a forklift, and my parents obviously hook it up on a trailer hitch.”

Liggett met his parents halfway in Georgia Monday. They said the big pumpkin was hard to miss on the road. They arrived back at their house and employed friends to help move it off the trailer. 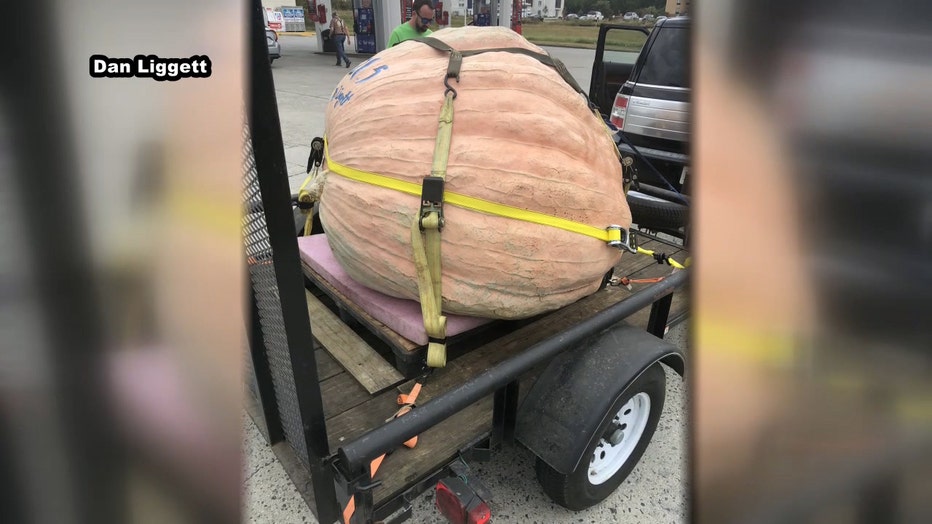 This is the third year the Liggett family's Halloween display has included a massive pumpkin, and they have big plans for it. 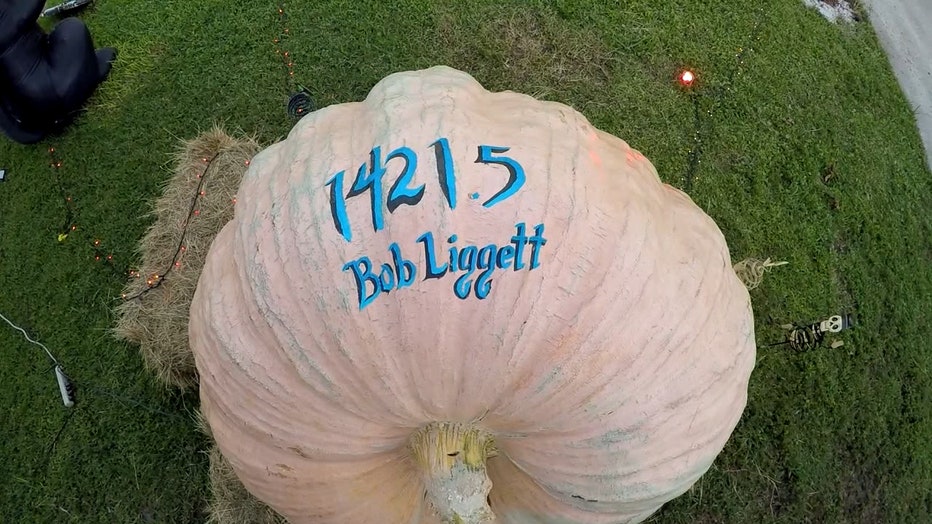 “This year, we're thinking we're going to do a Day of the Dead face. So some bright colors on it with some bright eyes, some pinks and some teal colors,” said Liggett.

Liggett said his father holds the record in the town of Circleville for the largest pumpkin, weighing in at 1,964 pounds. He said his parents traveled about seven hours from Ohio, and his family traveled about eight hours from Florida to get the giant gourd.