Deputies arrested 17 men in their child pornography operation, who face a total of 624 felony charges. Those arrested had a combined previous 114 felonies and 71 misdemeanors, according to the sheriff's office.

Deputies arrested 17 men in their child pornography operation, who face a total of 624 felony charges. Those arrested had a combined previous 114 felonies and 71 misdemeanors, according to the sheriff's office.

Brett Kinney worked as a guest experience manager at Walt Disney World and had been employed at the theme park for 15 years. He told detectives he had an addiction to child pornography and had been viewing it for 22 years, investigators said. Donald Durr, Jr. was also employed by Disney for over two decades on their maintenance staff. Judd said he told deputies, "I'm a pervert but I'm not a monster." 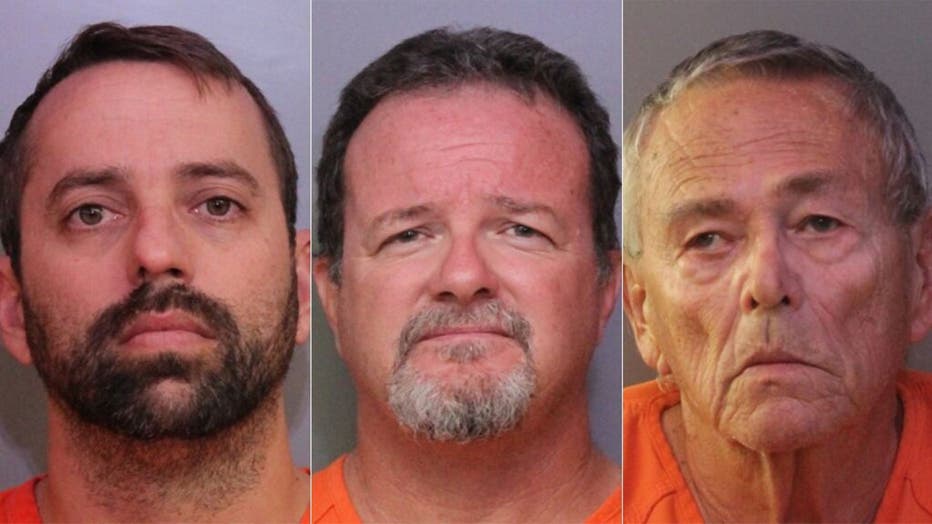 A representative for Disney said Kinney no longer works for the company and that Durr is on unpaid leave.

Another suspect, Edgar Villegas, had been released from prison back in March 2019 after serving six years in prison for child pornography. He was still on probation for those charges when he was arrested in this latest operation.

Sheriff Judd said one man was still finishing a prison sentence when deputies arrested him. Charles Mabry, Jr. was on a work-release program while serving time for a meth charge, and was allowed to go to his father's house on Sundays with a GPS monitor. That's when, investigators said, Mabry was caught viewing child pornography. 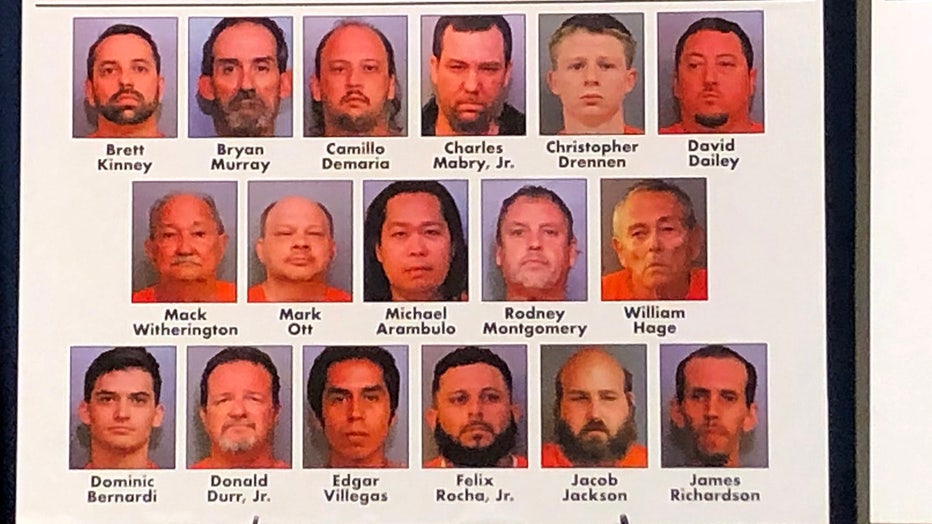 Suspect photos as displayed in a PCSO press conference.

Rodney Montgomery had previously been convicted of traveling to meet two children for sex in Pinellas County, as part of an undercover investigation. He had been sentenced to 21 months in prison. Judd said he was arrested for possessing child pornography in this latest operation.

Judd said another suspect, 20-year-old Christopher Drennen of Bartow. admitted to investigators that if he did not look at child pornography, he would sexually batter a child in real life.

"This is just a cancer on society that we have to deal with. This is a cancer that I suggest will never be cured, we can only keep it under control with prisons," Judd said. "If the people in the real world saw what we saw, they'd probably take up arms against them."

The other special investigation involving sex offenders. According to the sheriff’s office, 14 men who were previously convicted of preying on children were arrested during the operation for failure to comply with sex offender registration laws or violation of probation. They face a total of 47 new felony charges.

"We know our citizens are concerned about predators and offenders being around children during events such as Halloween, so every year we conduct initiatives like this one," Judd said. "These suspects learned the hard way that we take every one of the requirements seriously, and failure to comply will result in an arrest."