BARTOW, Fla. - A worldwide catalytic converter crime wave is hitting the Bay Area. Theft of the device, which reduces the amount of pollution emitted by cars, has tripled since last year.

Recently, crooks snipped through a fence at a Polk County Schools storage facility in Bartow and ripped off converters from 10 vehicles. In Winter Haven a few weeks ago, criminals grabbed converters off three RV’s and a van. It’s evening happening to cars parked in driveways.

Experts say thieves use power tools to steal the converters in a matter of minutes.

"There is no doubt about it, as soon as you start it up, it sounds like a race car," said Scott Kudlinski, the owner of Absolute Auto Repair in Dover. "It is very loud and obnoxious sounding, and you will know if it ever happens to you, for sure."

It’s what is inside the converter that’s valuable. It contains rare metals that have increased in price lately, like gold, platinum, rhodium, and palladium. That makes each converter a potential gold mine. 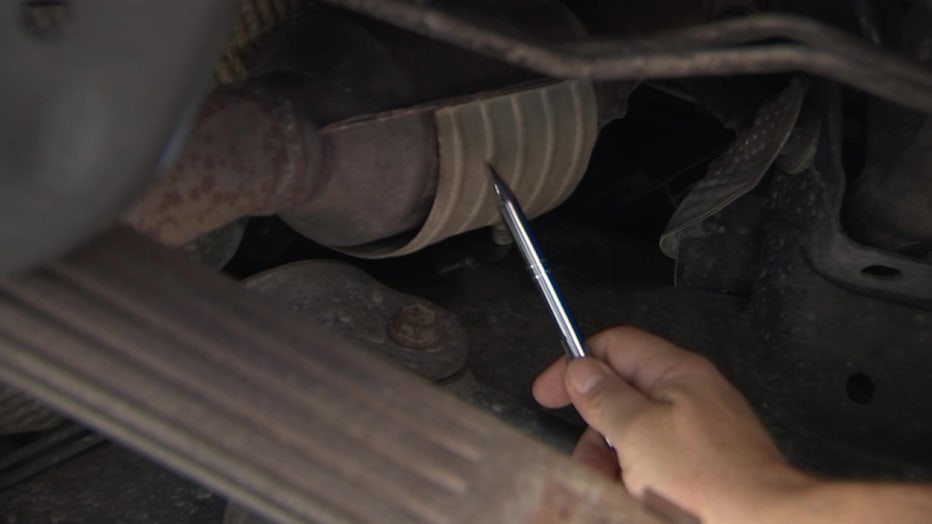 Bigger vehicles like trucks and vans have bigger converters with more precious metals, so they are especially tempting targets for criminals.