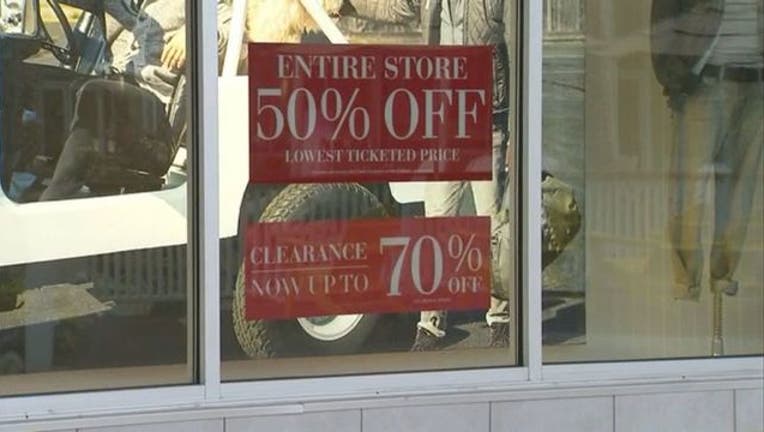 WESLEY CHAPEL, Fla. - They say the early bird gets the worm. On Black Friday, the early riser hopes to get great deals and doesn't have to battle for a parking spot or wait in long lines.

Cassandra Alston breezed through the morning Friday. She was at Tampa Premium Outlets around 9 a.m. when shoppers were still few and far between.

After buying a gift for her 15 year-old son, Alston bought a Coach purse for herself.

Other stores offered shoppers great bargains as well. Godiva  cut prices on its chocolates 20%. The Gap says almost everything in the store was marked down between 50-70 percent.

Although many shoppers came with a specific list in mind, Michelle Evans says she came to Tampa Premium Outlet just to wander.

When we asked her how she was doing checking items off her holiday list,  she told us this:  "I am really behind." Evans admitted she had only bought gifts for 3 people so far.

Even though she says she is way behind buying gifts for other people, she did knock one person off her list, herself. Alston bought a pair of New Balance sneakers. She got them at a 40 percent discount to boot.

Many malls and shopping centers will be running sales throughout the weekend. They're also providing special entertainment to entice the crowds.

Tampa Premium Outlets plans to show the holiday movie "Elf" on Saturday. A local dance company will be doing exerpts from the "Nutcracker" ballet.