TAMPA, Fla. - After poor weather postponed the event in October, Sunday made for a beautiful day for the Making Strides Against Breast Cancer walk in Tampa.

An event normally held at Amalie Arena moved to Raymond James Stadium for its 21st year, attracting thousands of participants.

Not only is Making Strides a survivor celebration, it's also a fundraiser for the American Cancer Society.

"We're trying to get to $900,000 and as of this morning we're just above $800,000," said Event Chairperson Beth Garland. "Every dollar counts and I hope that our community will pull together and help us reach that final goal." 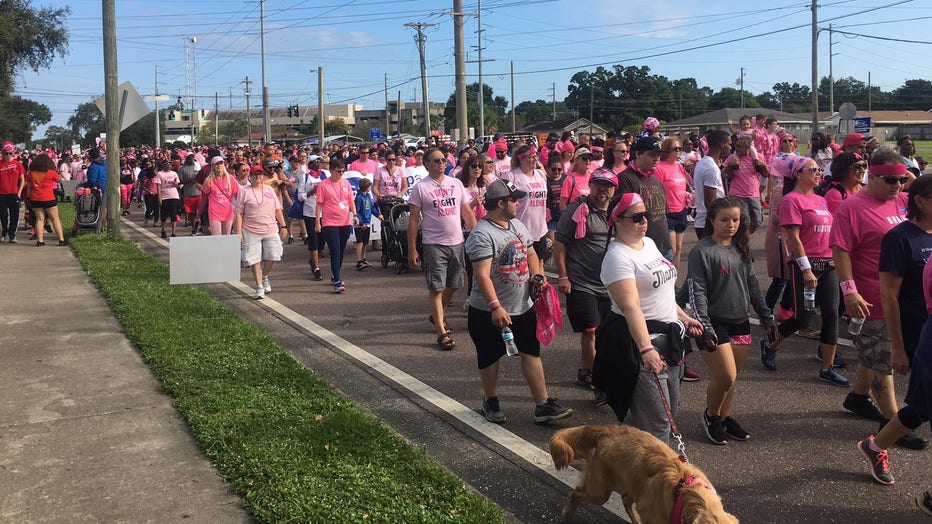 To put it simply, Making Strides is a giant pink party, but it also means much more to the survivors that come back year after year like Kathy Wilson.

"It's just so empowering and uplifting," she said.

Wilson was diagnosed with Breast Cancer in 2014 and is still doing chemotherapy treatment. She says her first experience at Making Strides was emotional, and continues to be a place where she can find strong connections with fellow survivors.

"The first year that I did it, when I walked out on the alley at Amalie Arena, I just burst out crying. there was just so much emotion. It's wonderful to see all of these wonderful people here," Wilson said. 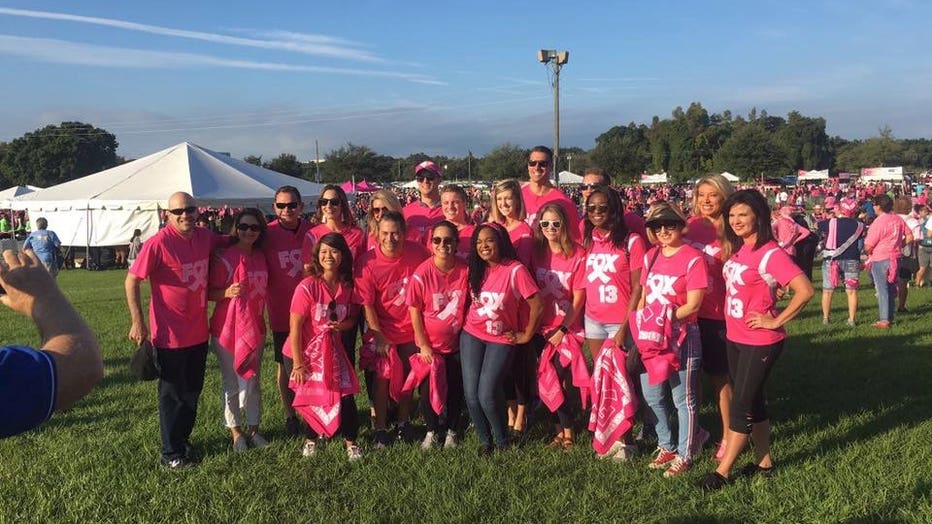 The community of survivors also includes FOX 13's own Linda Hurtado, who hosted the morning program.

"I decided to use my platform to do good and to help the American Cancer Society, and I have been doing that ever since. Little did I know that years later I would be diagnosed with breast cancer as well and they would be there to help me," she told the crowd.

Tropical Storm Nestor forced organizers to postpone the original October date, and the change in schedule didn't appear to effect turnout, as some 30,000 participants were expected to make the rain check date.