Trappers had to use a tow truck to hoist a massive 400-pound alligator off the ground and into a pickup after capturing the reptile in a Houston neighborhood.

TAMPA, Fla. - The 6-foot alligator in a northern Hillsborough County backyard pond hadn’t bothered anyone. It wasn’t injured. But it was killed.

Phil Walters, a nuisance alligator trapper contracted with the Florida Fish and Wildlife Commission’s Statewide Nuisance Alligator Program, had been called after a mother whose child had been playing close to the pond in their backyard and reported the alligator was "lurking."

A crowd of around 30 gathered when Walters tried to trap the alligator, he said. Some asked why he was there, saying that the alligator had been living in the pond for some time and had never been an issue.

"Are you trying to catch the gator?" Walters said someone in the crowd asked him.

"Why are you trying to catch it?" Walters remembers the person asking. "I like that gator."

But the wildlife commission had issued a permit to trap the alligator when the mother called the Nuisance Alligator Hotline. The bar isn’t high to get a permit, alligator trappers say. Wildlife commission data shows that nearly 80% of alligator complaints result in permits being issued. 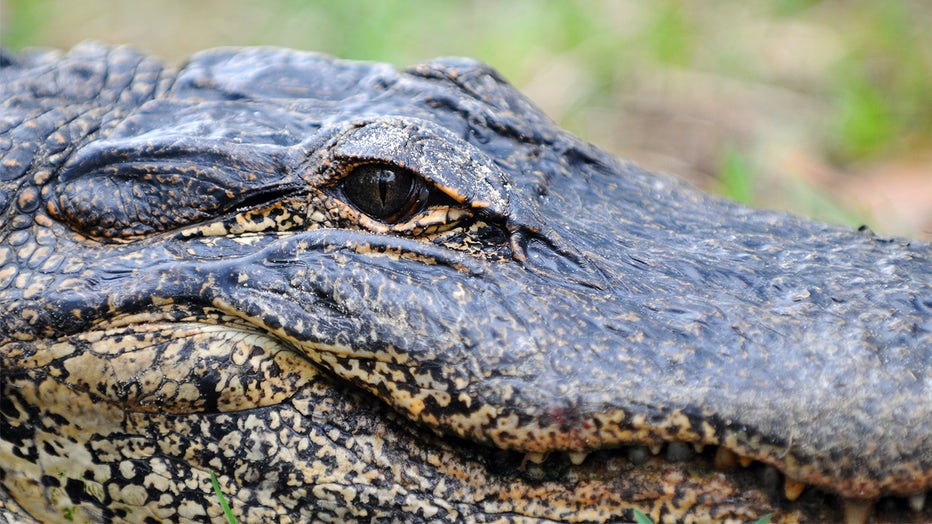 A nuisance alligator is defined as one that is at least 4 feet in length and believed to pose a threat to people, pets or property. Once an alligator is trapped, it becomes the property of the trapper, wildlife commission spokesperson Tammy Sapp said.

Florida Fish and Wildlife reporting 22 incidents involving alligators this year. That includes one over the weekend in Lakewood Ranch.

And as the state has seen a recent population boom since 2020, some Floridians worry that alligator newbies are calling the nuisance hotline unnecessarily. Some call the number just for seeing an alligator at a lake, according to Elise Bennett, Florida director for the Center for Biological Diversity.

"We all want to live on the water, and roughly any body of water in the state of Florida is likely to have an alligator in it," Tim Geist, an alligator trapper in Hillsborough County, said.

When beachgoers on Delray Beach spotted a massive alligator taking a dip in the surf, an FWC trapper responded to pull the 12-foot gator from the water and relocate it to a farm.

Often, people on social media ask why an alligator was killed when, in many cases, it doesn’t seem to pose a significant danger. But Bennett suggested the duty of limiting the number of alligators killed falls on Floridians not calling for a trapper when they don’t need to. Alligators are part of life as Floridians.

"It feels like part of my duty to coexist," Bennett said.

A three-legged alligator mother was seen helping her babies at the Circle B Bar Reserve in Lakeland. She limped while carrying her hatchlings in her mouth to a nearby body of water.

Being in a position where the American alligator population can easily sustain potentially unnecessary killings is because of successful conservation efforts decades ago, Bennett said.

In the late 1980s, alligators were taken off Florida’s list of legally protected species. After decades of unregulated hunting, protections allowed the alligator population to return to safe levels, Steven Johnson, a wildlife and ecology professor at the University of Florida, said.

Now, around 40 years later, Johnson said the alligator population remains at a safe level where "nuisance" killings don’t have any impact on the overall population in Florida. Sapp said there are an estimated 1.3 million alligators in Florida, and they are found in all 67 counties.

In early October, an alligator was spotted by beachgoers on Anna Maria Island. It walked out of the saltwater — where gators are not normally found — and onto the beach. The 7-foot-9-inch animal, which later was found to have a leg injury, was trapped and killed.

An alligator was found over the weekend on Anna Maria Island. Courtesy: Devon Straight

People on social media questioned why the gator was killed and not treated or moved to a new location. It’s a question trappers often receive: Why kill and not relocate?

"A male alligator will have a territory, and if you go moving another male in there that can cause a problem," Johnson said. "If an alligator has been habituated to people, just because people are always around it, or worse, it’s been fed — which is illegal — that alligator then is still going to be habituated to people where you move it to so your just potentially moving a problem from one place to another."

Geist said it’s possible that relocating an alligator may lead to it being killed by the native alligators in the new location.

Johnson said the wildlife commission believes killing alligators is the best solution. The nuisance alligator website states relocated alligators are likely to return to their capture site — and they’re harder to catch a second time.

A rare albino alligator baby is the newest resident of a Florida wildlife park. The owners of Wild Florida say the tiny gator is the only one that hatched out of nine eggs laid by its parents, who are also albino alligators.

Johnson believes the tactic of killing alligators has been successful.

Relocating alligators can come at a cost to trappers. They are paid $30 by the wildlife commission’s program for each capture they successfully make. And Walters said it’s typical for trappers to catch only about a third of the alligators they receive complaints about. Florida’s alligator nuisance program does not pay the trappers for traveling to a site or for traveling to relocate an alligator.

Generally, alligator trapping is a side venture. Walters works in sales. Geist is a licensed insurance agent. The only way to make significant money as a trapper is by killing the alligator.

READ: 'It's do or die': Man loses arm after surviving alligator attack at Lake Manatee

Alligators are valuable for their skin and their meat. Geist said some alligator trappers also skin and butcher the alligators they kill. The skin is sold to artists who use the leather to make watch bands and bags, among other items.

Witnesses say an alligator bit off a man’s arm at a Myakka City fish camp.

At times, being an alligator trapper also means being a teacher to the public in Florida. Gators are part of life here, and, Walters said, sometimes that means trappers serve as "psychologists" to Floridians learning to live with the state’s most famous reptile.

But he said it can be difficult to strike a balance between wanting to educate people about alligators in Florida and a desire to make money.