ANNA MARIA ISLAND, Fla. - An alligator was rescued on Anna Maria Island between Bean Point Beach and Rod and Reel Pier over the weekend. It has since been euthanized.

A 911 call came in over the weekend, and officials found the female alligator on the beach, which was eroded from Hurricane Ian. It appeared the storm washed the gator out of the river and brought it to Anna Maria Island.

A Manatee County deputy originally responded, and then Bradenton Beach police as well as Holmes Beach police came in to help.

An FWC trapper also responded and said it was the first time in his 25 years of trapping that had to get an alligator off the island.

When officials found the gator, it appeared it was skinny, weak and sick. The gator was rescued and relocated, and the trapper said the gator had a broken arm.

The contracted nuisance alligator trapper ultimately decided to euthanize it due to its injuries. 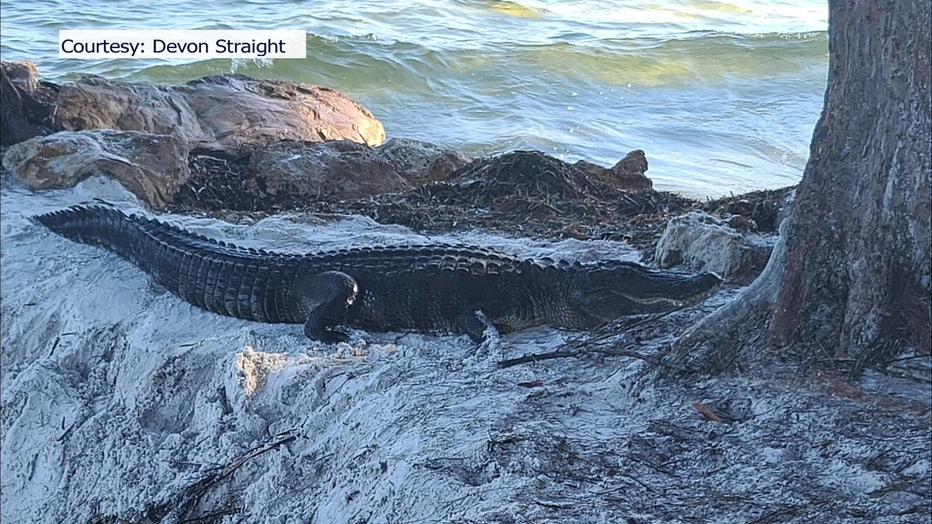