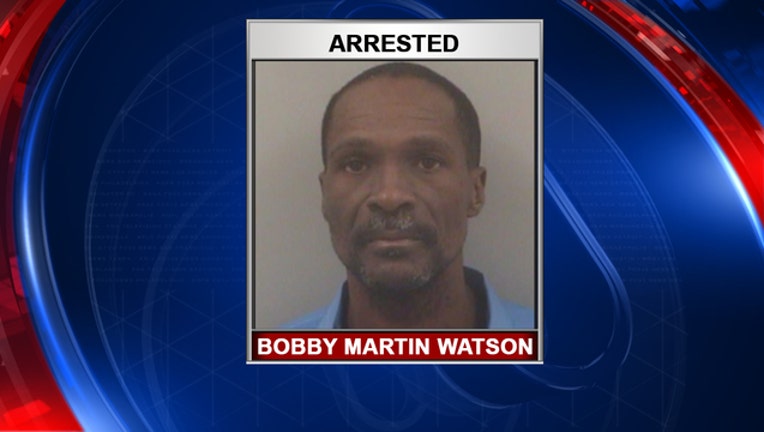 SEMINOLE (FOX) - Three people, including two good Samaritans, were stabbed in a robbery attempt in a Publix parking lot in Seminole.

Deputies say 49-year-old Bobby Martin Watson approached a vehicle and demanded money from a 44-year-old female. She initially struggled with Watson, who then stabbed her in the stomach and thigh.

Christopher McMann observed the struggle and attempted to help the victim, Watson stabbed him once in the upper back.

Deputies say Watson started running toward the Seminole City Shopping Center while McMann and Travis Jones, a second good Samaritan, chased after him.

The two were able to tackle Watson in the parking lot of the shopping center. Jones was also stabbed in the stomach during the struggle.

Deputies say a third good Samaritan was able to disarm Watson by holding him at gun point until deputies arrived and arrested Watson.

The original victim, along with the two good Samaritans, were transported to Bayfront Medical Center with non-life threatening injures.

Deputies said they are searching for a vehicle that might have been involved. The make is unknown, but it is possibly a gold, 1990's model vehicle.