Researchers in the Bahamas believe several tiger sharks have led them to discover the largest seagrass meadow in the world.

According to a study published in Nature on Nov. 1, a total of seven mature female tiger sharks helped map out the expansive seagrass bed in the Little and Great Banks in the Bahamas.

Researchers attached cameras to the dorsal fins of several sharks in order to get an idea of how massive it truly is. 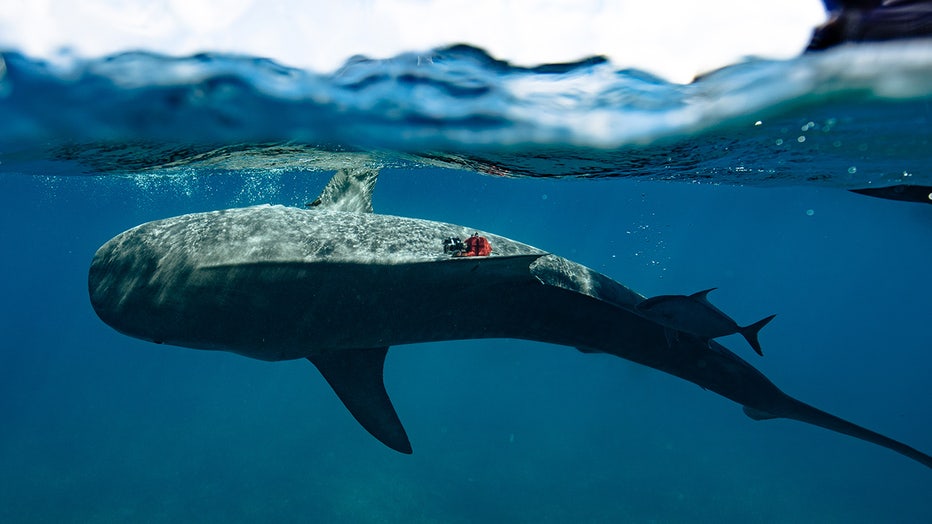 One of seven tiger sharks being studied by Austin Gallager and his team. (Austin Gallagher)

"This species has a strong affinity to seagrass habitat, is the largest apex predator in tropical seas, and is well-suited for carrying research equipment for days at a time," Austin Gallagher, co-author of the study and CEO of Beneath the Waves, told FOX TV Stations.

Seagrass plays a significantly important role, not just for tiger sharks, but for many other sea creatures, Gallagher added.

"Since seagrass beds are excellent sources of capturing, or sequestering, carbon (~17% of the ocean’s carbon annually), this discovery provides the world with a better idea of the ocean’s capacity to store carbon that would otherwise be held in the atmosphere," according to Gallagher and his research team’s website. 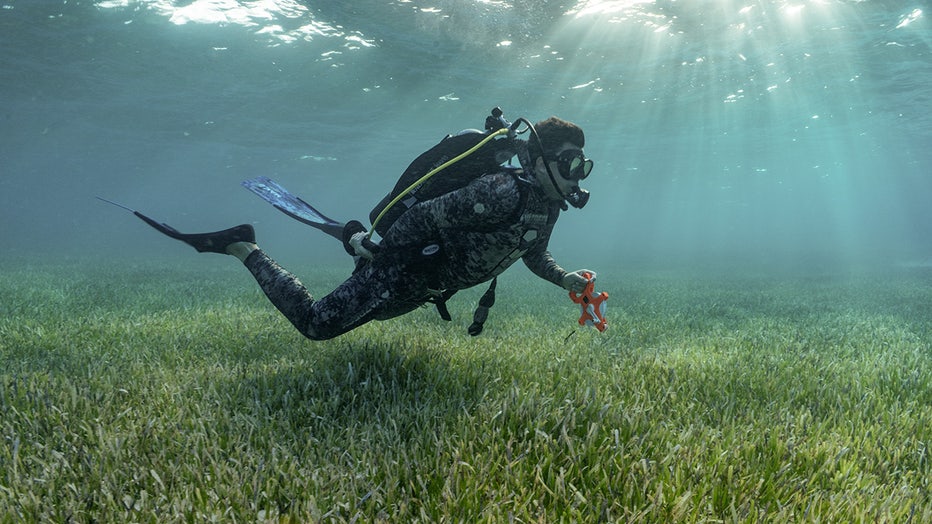 In addition to using sharks, human surveyors were also deployed. 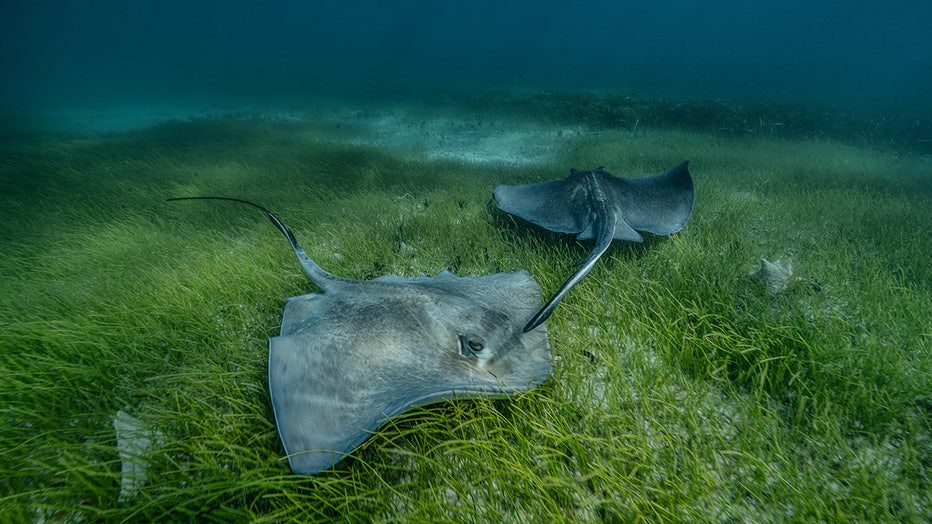 "By collaborating with tiger sharks to view their movements and habitat, we were able to break through the logistical challenges that humans face when trying to study and map large marine areas. This has the potential to change the future for large-scale research," according to Gallagher and his team.

Gallagher said there are still many things about Earth’s oceans humans have yet to understand and hopes to conduct further research to map this newly discovered ecosystem "to support the protections of this critical habitat."

"It demonstrates the massive gaps we still have in our understanding of the ocean. More specifically, we were able to document and describe what we think is likely the world's largest carbon sink, an area that is critical in serving as a nature-based solution to climate change," Gallagher said.