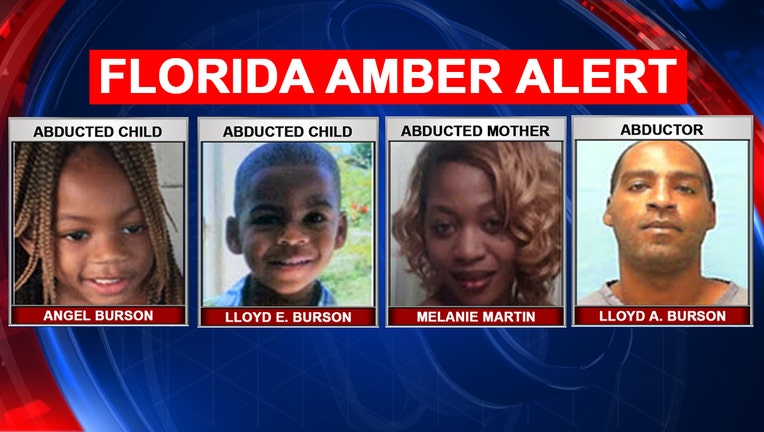 TITUSVILLE, Fla. - A Titusville mother and her two children, ages 3 and 5, were found safe after they were abducted late Tuesday night, police said, The kidnapping prompted a Florida Amber Alert that has since been canceled.

Police did not specify any custody agreement over the children. They were possibly heading north on Interstate 95 toward Volusia County.

Before 6 a.m., the Florida Department of Law Enforcement said the children were found safe and the Amber Alert has been "resolved." Titusville police said Melanie Martin was also found safe. No other information was provided, including whether Lloyd A. Burson was located.