LOS ANGELES - Tom Hanks was apparently offered a ride to space by Jeff Bezos on his Blue Origin rocket, and he turned it down.

The actor appeared on "Jimmy Kimmel Live!" this week and was asked by the host if it was true that Bezos had asked Hanks to go to space before fellow actor William Shatner’s history-making trip.

"Well yeah, provided I pay," Hanks responded. "It costs like $28 million bucks or something like that. And I'm doing good, Jimmy, I'm doing good — but I ain't paying $28 (million)."

The Oscar winner, who was promoting his new movie "Finch," then proceeded to humorously "simulate" what it would be like to ride on the space flight, adding: "I don’t need to spend $28 million to do that."

Hanks joked that perhaps if the flight were free, he would do it "on occasion, just in order to experience the joy of pretending I'm a billionaire." 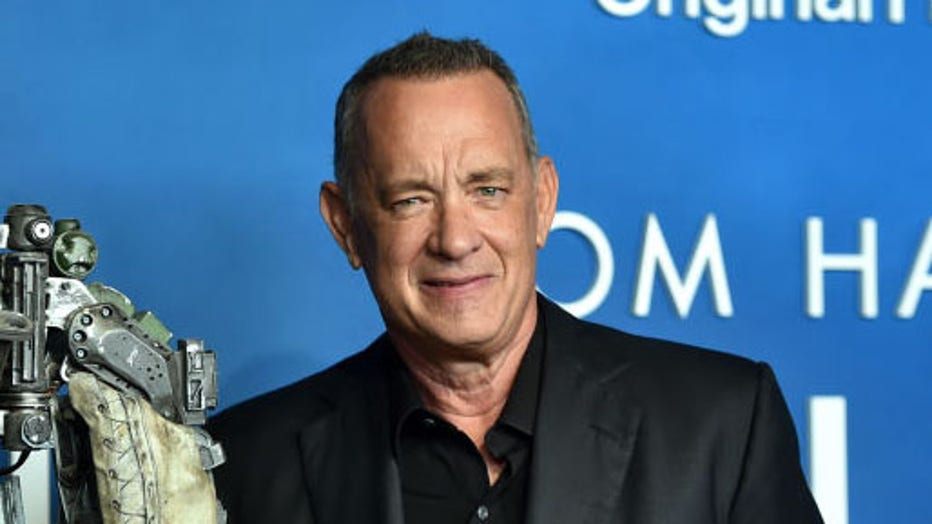 Last month, Shatner rocketed into space aboard the Blue Origin rocket and was joined by three others — two of them paying customers — for the quick flight. Blue Origin would not divulge the cost of their tickets.

The up-and-down space hop lasted 10 minutes, with the fully automated capsule reaching about 66 miles before parachuting back into the desert. Shatner, known to many "Star Trek" fans as Captain James T. Kirk, was filled with emotion describing the experience to Bezos and others who greeted the crew upon landing.

"Everybody in the world needs to do this," Shatner said Oct. 13 after exiting the capsule. "It was unbelievable... I hope I never recover from this."

"What you have given me is the most profound experience I can imagine," he later told Bezos through tears. "I’m so filled with emotion about what just happened."

Bezos, who also founded Amazon, was on the company’s debut passenger flight in July, along with his brother and the youngest and oldest to fly in space. Shatner broke the oldest threshold by six years.

Blue Origin’s recent flights come amid a space tourism boom, which began with Virgin Galactic’s Richard Branson on July 11 — riding his own rocketship to space. Bezos followed nine days later aboard his own capsule. Elon Musk stayed behind as his SpaceX company launched its first private flight in September, sending a billionaire, cancer survivor and two ticket winners into orbit.

Last month, the Russians launched an actor and a film director to the International Space Station for a movie-making project.