TAMPA, Fla. - We're used to sports fans from Canada rolling deep in Tampa Bay, but an NBA team is about to change that game, even if it's just temporarily. The Toronto Raptors announced Friday that the team will begin its 2020-2021 season in Tampa.

"Basketball has a longstanding, rich tradition, here in our community," said Rob Higgins of the Tampa Bay Sports Commission.

Come December, you can add NBA regular-season games, as the Raptors announced Friday that the Canadian government would not give pro athletes an exception to cross the border.

"We are hours away from probably learning that Toronto is going to be under another severe lockdown," said CBC sports correspondent Devin Heroux. 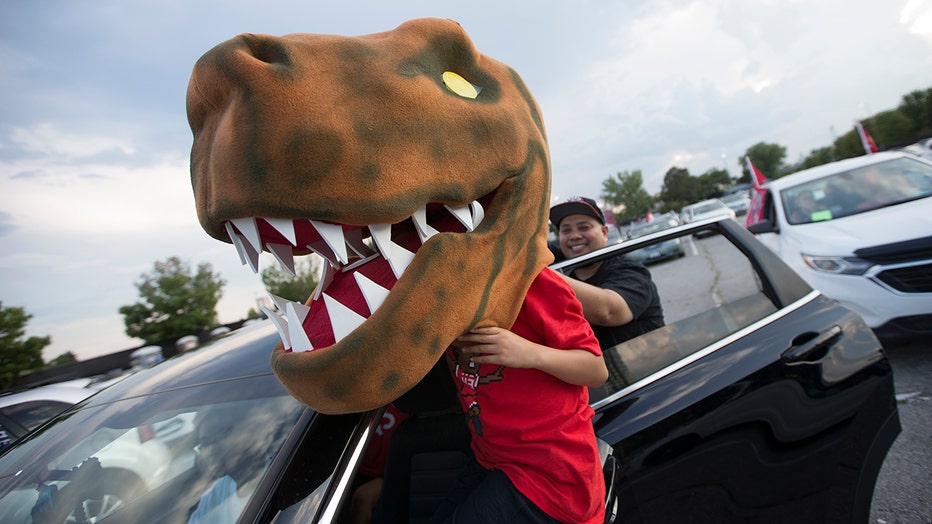 A Mississauga resident dons his Raptor head before the game against the Brooklyn Nets in Game 4 of NBA first round playoff play in Orlando, Fla. (Rick Madonik/Toronto Star via Getty Images)

He also says the Raptors temporarily leaving town is a painful psychological blow to Canadians who have grown to love their Raptors, believe it or not, almost as much as their hockey teams.

RELATED: Tampa pushing for Raptors to play at Amalie Arena

"There is a part of the population here that is obviously like many people, feeling a lot of fear, a lot of uncertainty, and feeling like they don't want to risk having NBA teams from the United States coming to Toronto."

When times are good, Tampa Bay welcomes at least 120,000 Canadians a year, who outspend domestic travelers 10-to-1. 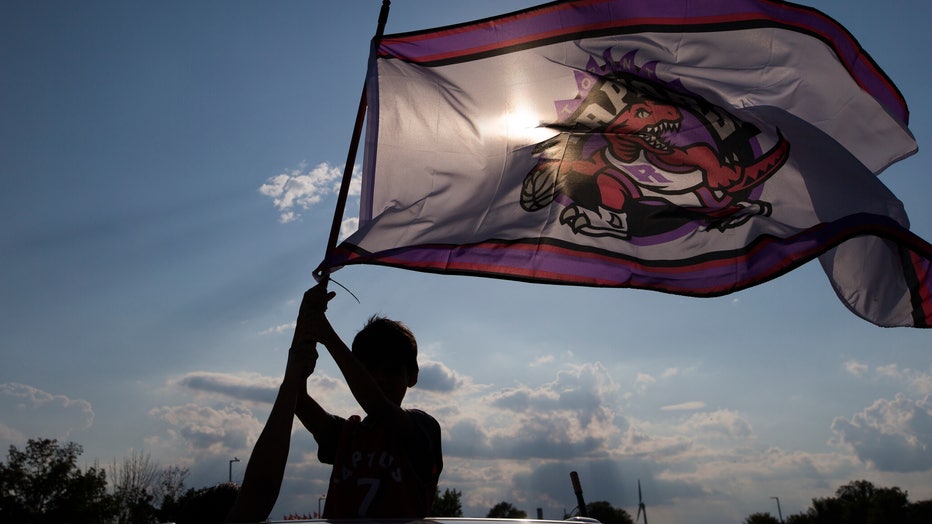 Toronto Raptors vs Brooklyn Nets in 1st half action of Game 4 of NBA first round playoff play in Orlando but where Toronto fans gather at Ontario Place to watch on big screens. (Rick Madonik/Toronto Star via Getty Images)

This year, with tourism way down, Tampa Bay will settle for the marketing boost this will have for the future.

"It is always good when you are watching a sports event anywhere in the world and it cuts to commercials and the shot is a beautiful sunset of Tampa Bay," said Patrick Harrison of Visit Tampa Bay.

Though it's unclear as to how long the Raptors will call the Bay their basketball home, Tampa is eager to call itself a four-sport town.

"They have seen how well run the teams are here and how supportive the landscape is," said Harrison. 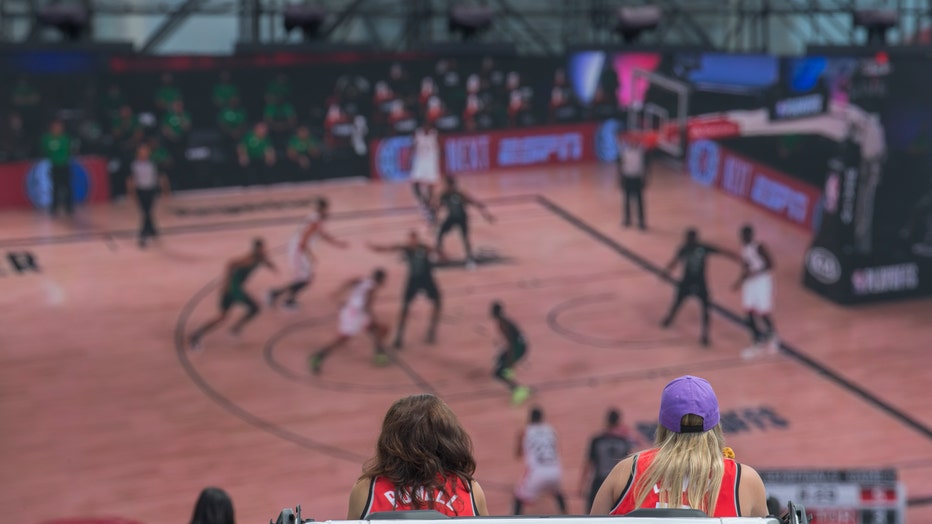 Toronto Raptors vs Boston Celtics in 1st half action of Game 1 of NBA 2nd round playoff play in Orlando, Florida. Due to COVID-19, Raptor fans have to take part from a far, as some come to the OLG parking lot at Ontario Place to take in a viewing par

Training camp is expected to begin in two weeks.    It is unclear if that will also take place in Tampa Bay.

The NBA says it is willing to have arenas at 25 percent capacity for the season, but that will depend on local agreements.