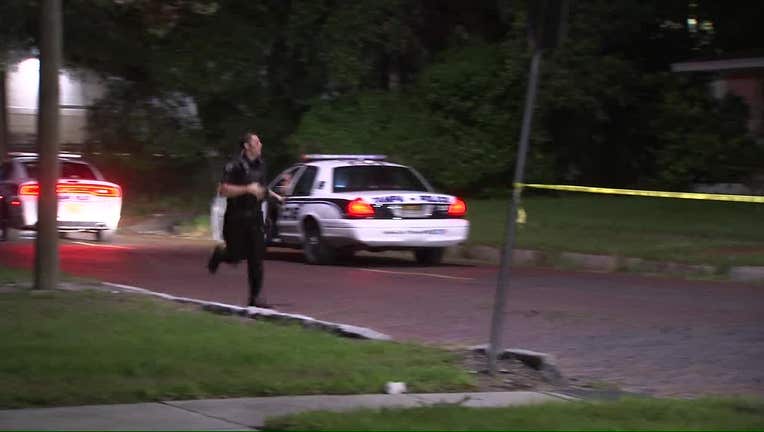 Investigators say a man and a woman were both shot in a car while traveling along East Emily Street. Responding officers found an unoccupied white Nissan that had crashed near the intersections of East Emily and North Avon Avenue. They say both victims were in the vehicle at the time of the shooting but were both discovered with gunshot wounds nearby.

The suspects were reported to be three people in a gray Toyota Tundra pick-up truck. Officers spotted the suspect vehicle around 3:30 a.m. at East Fowler Avenue and McKinley Drive and tried to pull it over.

Tampa police say the suspects refused to stop and attempted to flee. After a brief pursuit, the suspects were stopped and all three people inside were taken into custody near the 1200 block of East Busch Boulevard.

Investigators say both shooting victims were taken to a nearby hospital. The female victim is said to be suffering more critical injuries.

Tampa police say they do not believe the shooting was a random act. They are still investigating.