PINELLAS PARK, Fla. - Trappers were called to a Pinellas County gas station this afternoon when an alligator wandered into traffic along Gandy Boulevard.

The scene drew a small crowd of onlookers near the Wawa in Pinellas Park. Witnesses say a bystander first pulled the alligator, roughly 7 feet long, from the traffic lanes. The hissing, twisting gator was then corralled by FWC trappers in the thick grass along the busy road.

“That’s a big fella right there,” one onlooker can be heard saying in video provided by a FOX 13 viewer.

The gator’s fate was not immediately clear. 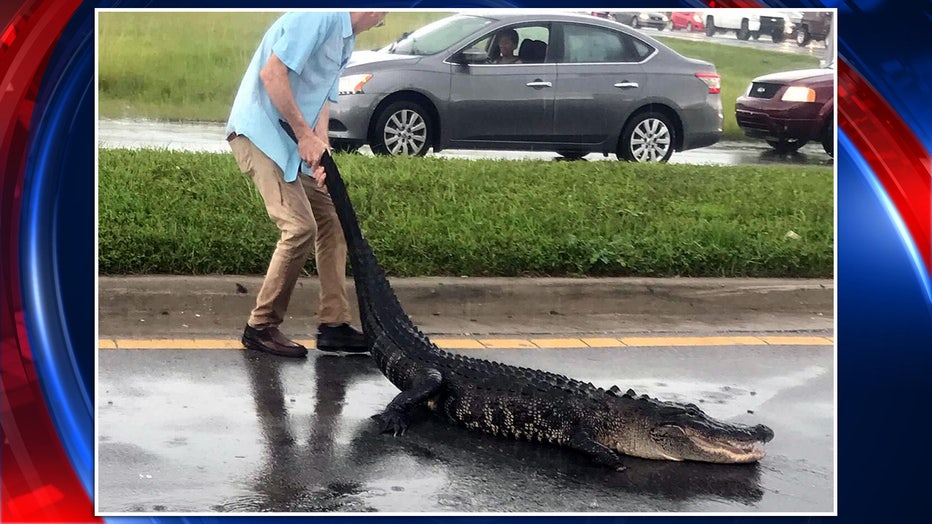