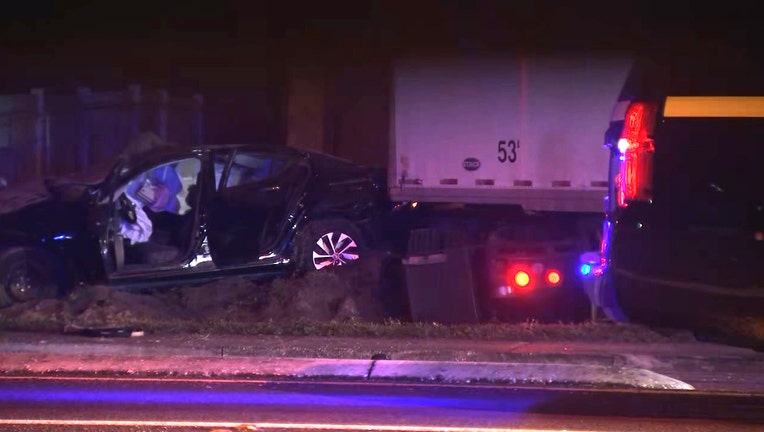 TAMPA, Fla. - Florida Highway Patrol troopers say the Riverview man behind the wheel of a tractor-trailer died following a crash in Tampa.

The collision occurred around 1 a.m. Friday on Martin Luther King Boulevard near Waring Drive. According to FHP, the driver of a car, a 27-year-old man from Mississippi, was heading east in the turn lane while the semi-truck was heading west in the inside lane.

At the Waring Drive intersection, the 27-year-old turned left and into the path of the semi, investigators said. The tractor-trailer crashed into the passenger side of the vehicle. Both vehicles ended up in a homeowner's yard after colliding with a fence.

The 53-year-old driver of the semi passed away at the scene. Troopers said he was not wearing a seatbelt.

The Gulfport man had serious injuries following the crash. 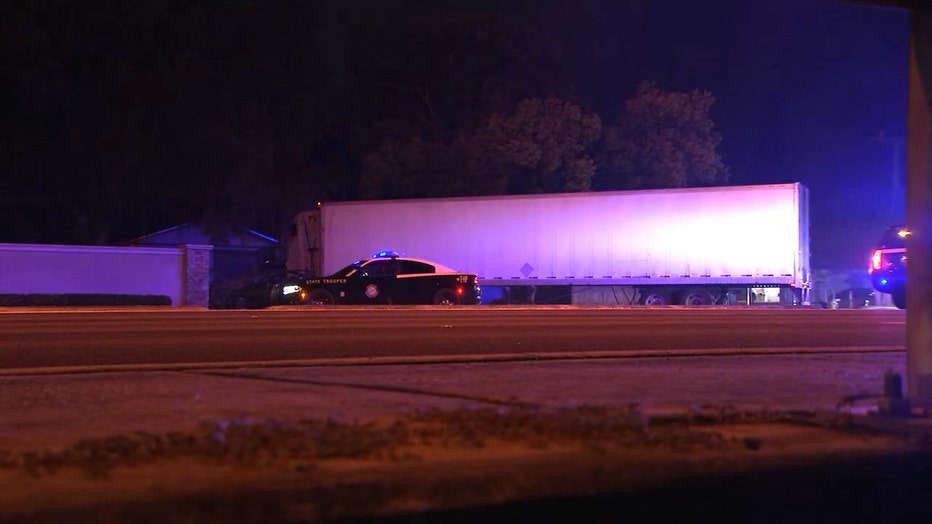