TRINITY, Fla. - The only sweat coming from the CycleBar in Trinity Wednesday was from construction workers boarding up the fitness studio.  Just after midnight, a red Ford Explorer crashing right into the lobby seconds later it pulls out and drives off.

"First thing was, ‘Wow, whoa what happened?’" general manager Anthony Triana said when he heard the news. "Myself and Mitchell that works here, we left at 8:30. We were standing right where that car drove through, so we never would've seen it coming… Obviously frustrated we're just now coming back from the pandemic and everything with business being open." 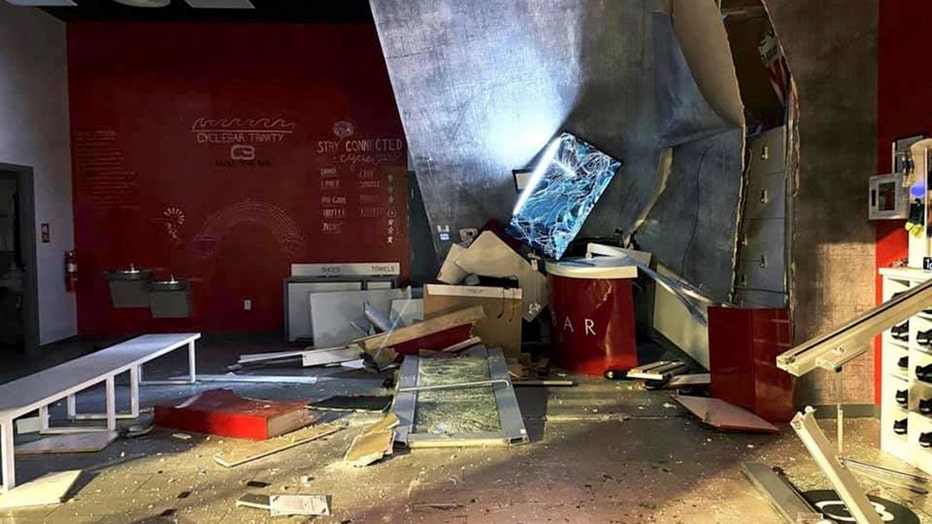 Troopers are trying to track it down. They say it would have extensive front-end damage.

The driver, whoever they are, faces serious charges.

"It is a lot of people's second home. Seeing that video and just how careless they are driving in and back out is just heartbreaking," said head trainer Dana Smith. 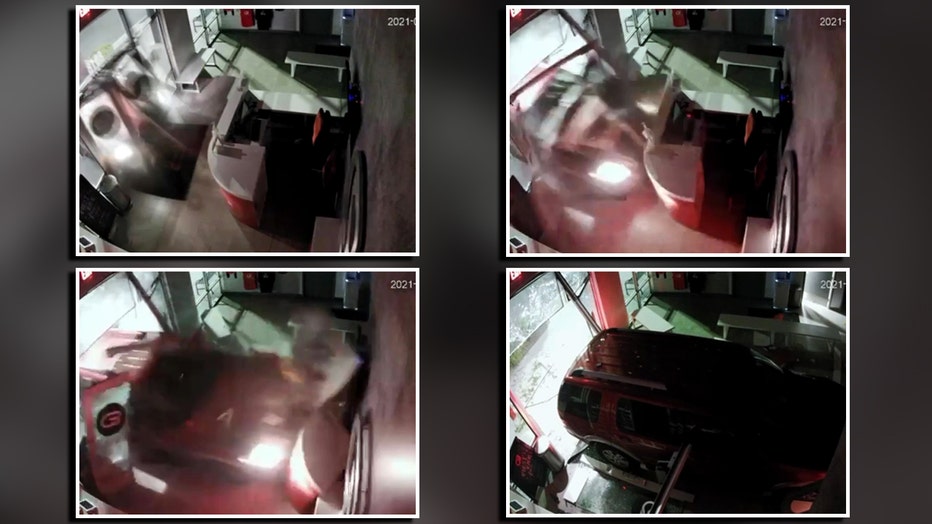 Most of the expensive fitness equipment inside is intact.  Smith says once the cleanup is done, the first workout will be a heavy one.

"I've cried more times than I can count in that room, It is going to be emotional. It's going to be a stellar party with a lot of tears," she said.

The CycleBar hopes to be back open by this weekend. 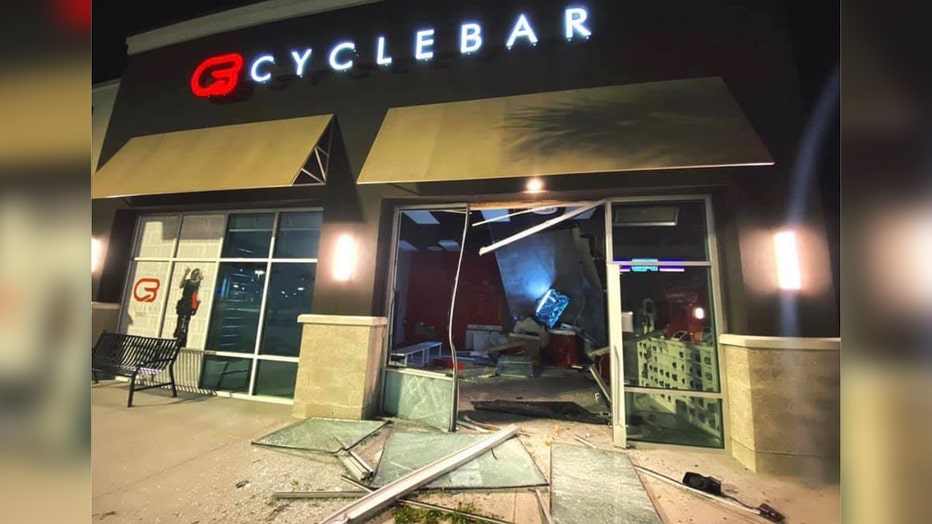