TAMPA, Fla. - All eyes are on Tropical Storm Ian as it intensifies and tracks toward the Sunshine State.

The 11 p.m. update from the National Hurricane Center Saturday showed Ian tracking west of the Tampa Bay area, but the storm was still too far away for predicting a path.

In its 5 p.m. update, the NHC said, "uncertainty in the track forecast is higher than usual." 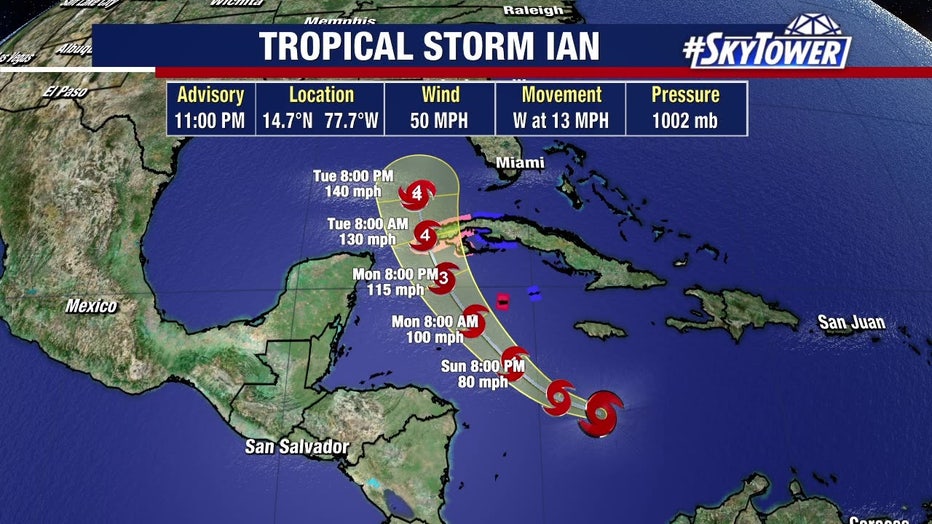 Saturday evening, Ian had maximum sustained winds of 45 mph and was moving west at 16 miles per hour, about 100 miles south of Jamaica. Hurricane and tropical storm watches have been issued for western Cuba.

The storm appeared more organized than in past updates and the wind shear that was pushing slowing the storm subsided. 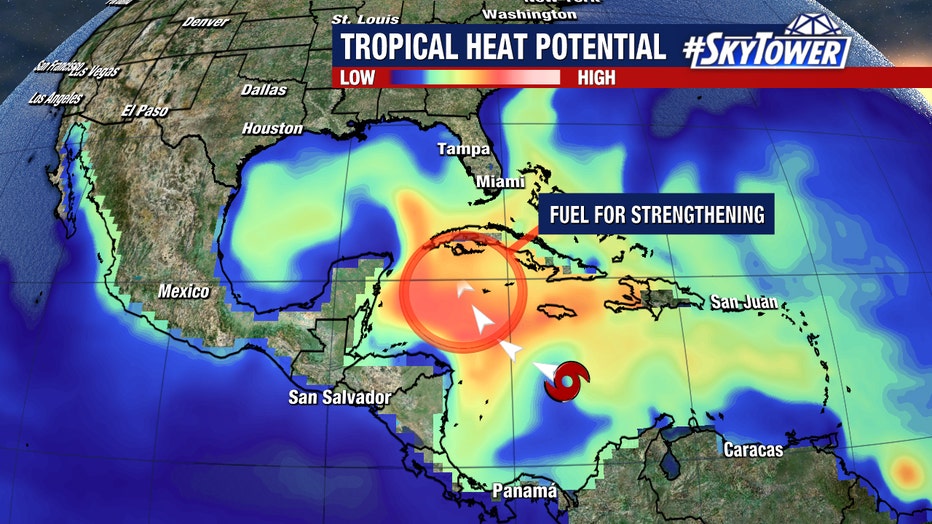 FOX 13 Meteorologist Tyler Eliasen said, "With no wind shear, very minimal land interaction, and incredibly deep warm water, Ian will strengthen, without a doubt, rather quickly the rest of the weekend into early next week."

"In fact, there is a rather higher likelihood that it undergoes a period of rapid intensification – that is an increase of at least 35 mph in wind speeds withing a 24-hour period," Eliasen said.

The storm is expected to continue to strengthen this weekend as it passes south of Jamaica and approaches the Cayman Islands Monday, where a Hurricane Watch has been issued. 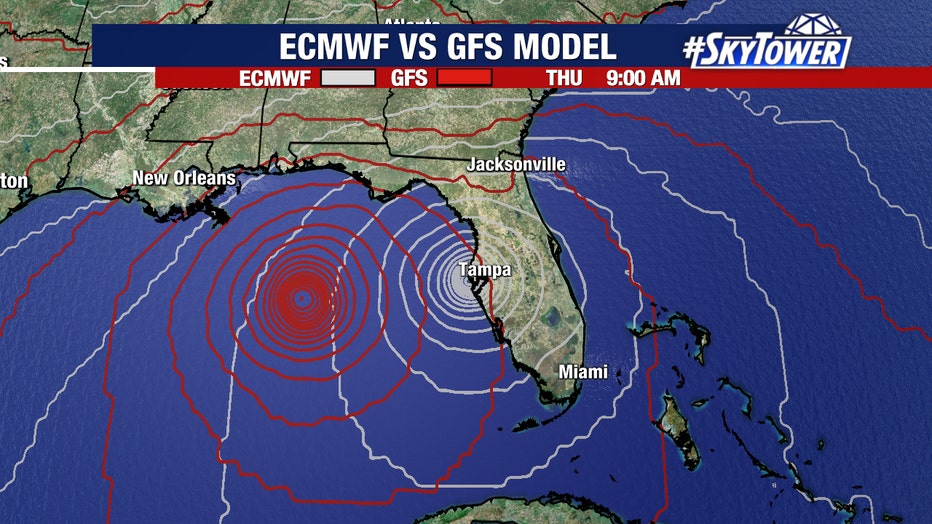 Tropical Storm Ian is predicted to rapidly intensify as it enters the warm waters of the Gulf of Mexico.

Ian is expected to become a hurricane as it passes over western Cuba, where life-threatening storm surge and hurricane-force winds are likely Monday. 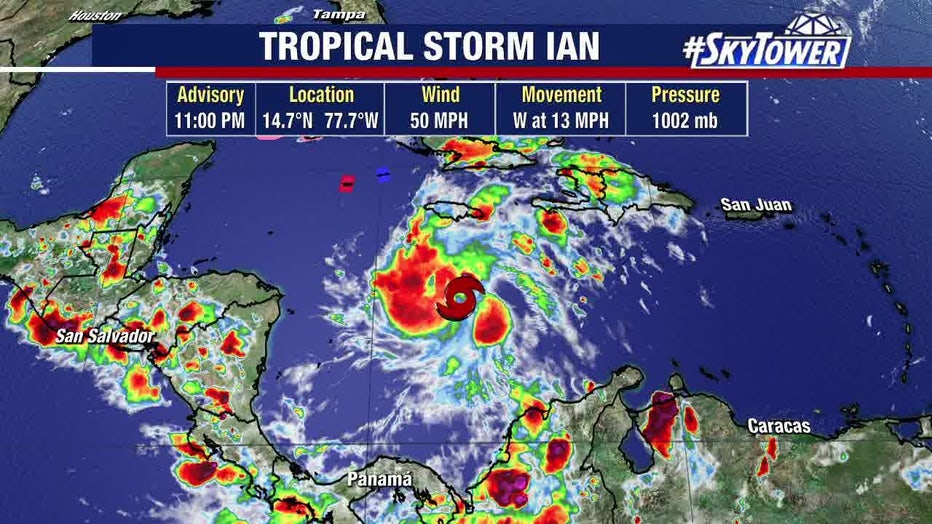 Though Ian is battling a lot of wind shear now, the environment that it is moving in to will have lighter wind shear and warmer waters, which will cause it to rapidly intensify in the coming days.

By Monday, Ian is expected to move into an environment favorable for rapid intensification due to the light wind shear and above-average water temperatures in its path.

With only limited land interaction over Cuba, Ian could reach major hurricane status as it emerges in the southeastern Gulf of Mexico next week.

While a direct impact somewhere in Florida is becoming more and more likely next week, it is still difficult to know exactly where this will be. 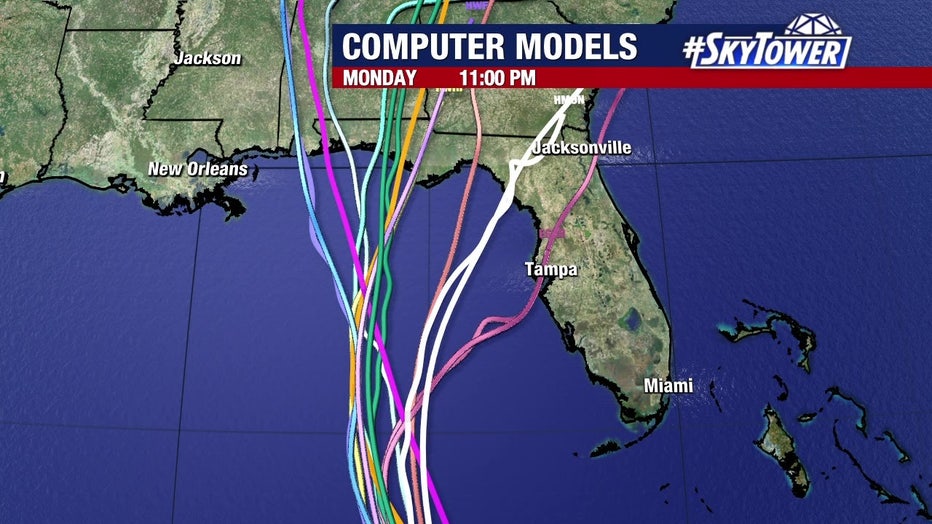 The latest official track has shifted slightly to the west with the latest update from the National Hurricane Center. However, nearly the entire state of Florida remains in the cone of uncertainty. It’s important to keep in mind the long-term average day 4 and 5 track errors are around 150-200 miles.

Eliasen says that the cone will narrow over the next few days and he also expects the track to fluctuate.

It’s best to be prepared so as the forecast is fine-tuned, those plans can be implemented.