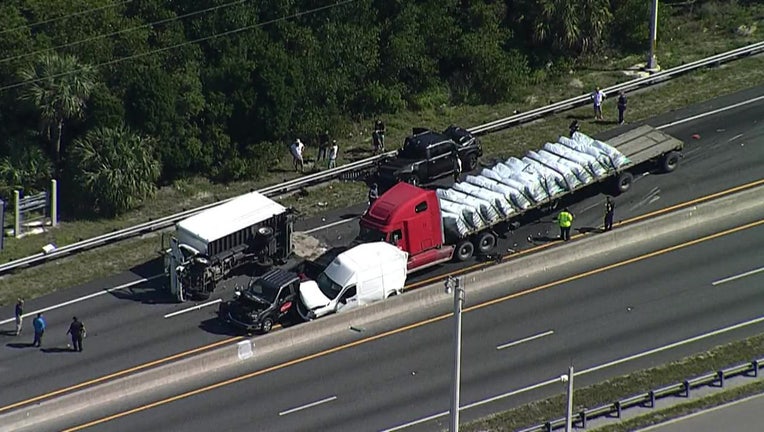 CLEARWATER, Fla. - All lanes of the westbound Courtney Campbell Causeway have reopened after a multi-vehicle crash on the west end of the span, while a separate eastbound crash has also been cleared.

Clearwater city officials say the scene of the first crash was just east of Dr. Kiran Patel Boulevard. Seven total vehicles were involved; the view from SkyFOX showed several of those vehicles were trucks, and at least one had overturned on its side.

All causeway traffic into Clearwater was blocked for several hours, but one lane of traffic was getting by as of 1:20 p.m. Both lanes were open by 3. 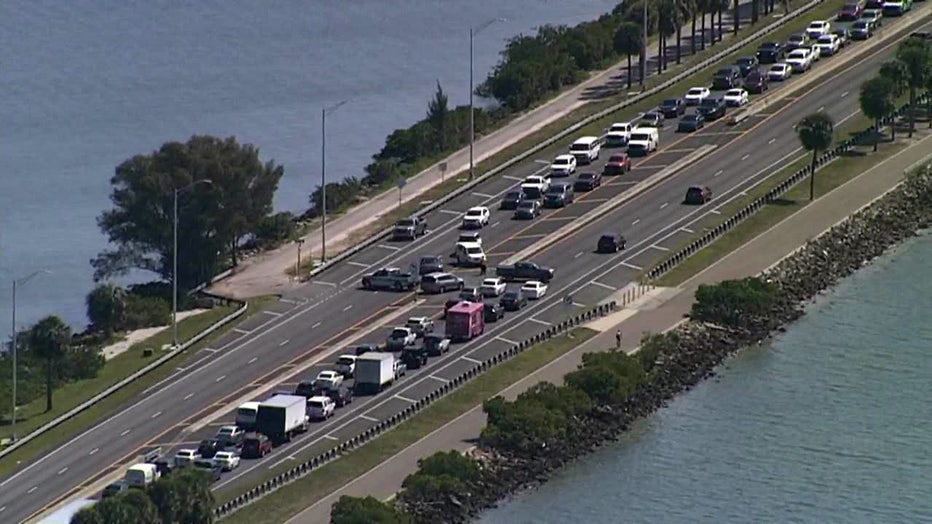 At least two people have been hospitalized from that crash.

A subsequent crash in the eastbound lanes was causing further delays, blocking traffic in that direction as well.

That crash has been cleared and eastbound traffic is flowing. 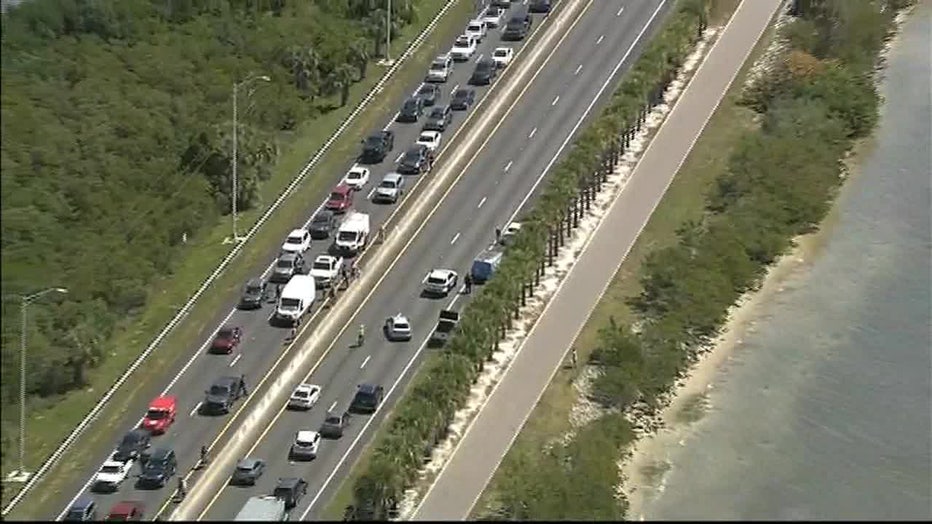 The eastbound crash, not far from the original crash.