The president posed for pictures with DeBartolo and his family, including his daughter, Nicole and her husband, Hillsborough Sheriff Chad Chronister. A slew of football Hall-of-Famers like Jim Brown, Jerry Rice, and former Tampa Bay Buccaneer Derrick Brooks were also on hand.

"I look at the core character of a person, who I have gotten to know for the last eighteen years," Brooks said outside of the White House.

Brooks opened a charter school with DeBartolo in Tampa. DeBartolo's company has also funded projects like Tyrone Square Mall and University Mall. Their charity work includes the Humane Society, which is building a new center on Armenia Ave.

DeBartolo pleaded guilty in 1998 for not reporting a bribe, admitting to paying $400,000 to Louisiana's former governor Edwin Edwards just before his plans for a casino were approved.

In exchange for testifying against Edwards, DeBartolo got probation and had to give up his stake in the 49ers.

They won five Super Bowls while he was in charge.

"The elephant in the room is we all make mistakes," said former 49er Charles Haley, who also attended the signing. "Today the president cleared that mistake."

The DeBartolos accumulated huge wealth as they built dozens of malls around the country. 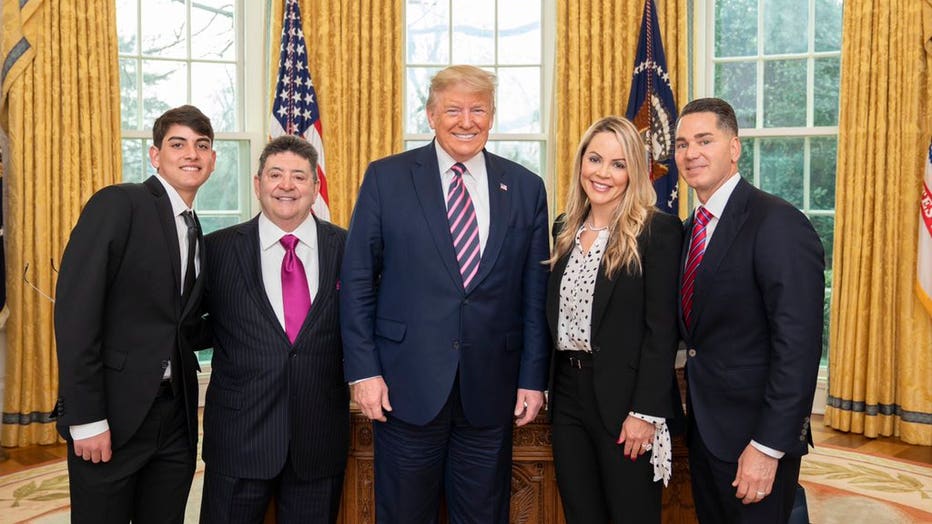 "I know it hurt very badly, he is a good, good person, they are dear friends of mine and it is long overdue."

The prosecutor on the original case, Jim Letten told FOX 13 he was not surprised by the pardon and did not consider it unusual.               He said DeBartolo was not the focus of the investigation, he cooperated with the government, and he admitted to what he did.

Sheriff Chad Chronister released a statement saying, "I was proud to be with my family on such a special day for my father-in-law."