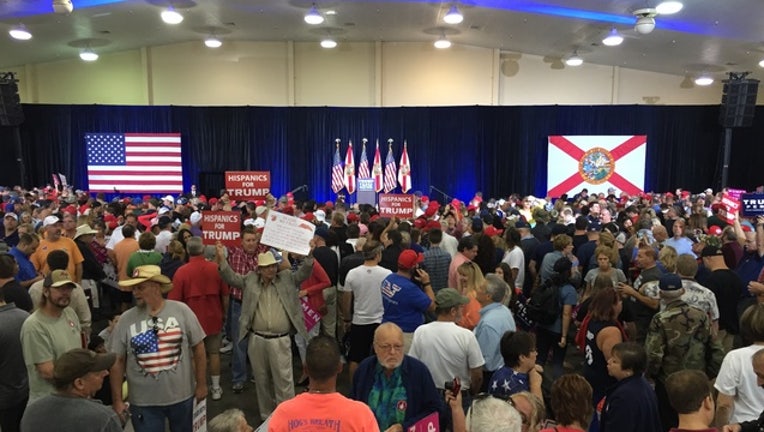 Thousands of people gathered at the Florida State Fairgrounds for the rally that started at 10 a.m.

Both presidential candidates have campaigned non-stop in the two weeks leading up to the election.