Interview with cast of 'Howard High' on Tubi

'Howard High' follows a high school musical group that must compete against a rival school in order to save their arts program.

The movie, which will premieres on FOX’s free streaming service Feb. 4, is a modern-age "Bring It On" and follows a high school musical group that must compete against a rival school in order to save their arts program, while also battling issues from the inside.Stars of the cast Marques Houston and Chrissy Stokes told FOX Television Stations Group "Howard High" was originally a TV series, but made into a movie for Tubi audiences.

"I think we really accomplished something really great here," said Houston, known for being in the R&B group Immature. "From the music to the dancers to the actors, It’s just incredible to see it all come together, and I’m so excited about it." 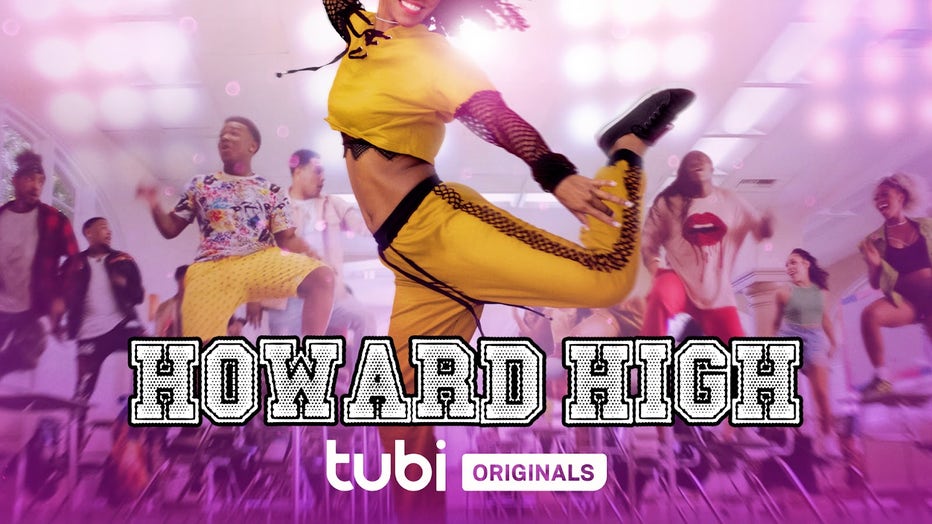 "I think the importance was, just, the universal language of music and how it speaks to the soul," Houston revealed.

WATCH: "A Century of Black Cinema"

He continued: "I think releasing it during Black History Month is only a plus because it’s important for us to see this African American talent that we have," adding, "This story is about ‘Howard High’ — the school’s not so popular, it’s not heavily funded — and you see a lot of that going on in the world nowadays and you see a lot of ‘trying to cancel the music programs’ and everything like that, so I think the importance of this film was to show that that unity and bond of music can overcome anything, and I think that was the key for this film and the key of also releasing it during Black History Month."

Houston, is also known for playing Roger Evans in the hit ‘90s sitcom "Sister, Sister," which he said taught him a lot about the movie industry.

"It’s just like a family bond when you can be a part of a show — especially a show that runs so long," Houston shared. "I was blessed and privileged to be a part of that. I love the show. It was a great show, and I think people love it. It’s always going to be really special in my heart."

Houston began his journey into the behind-the-scenes world of filmmaking in 2010, partnering with longtime music manager Christopher Stokes — who directed "You Got Served" and now "Howard High" and is also the father to Chrissy Stokes.

"I just feel honored and privileged that my dad and Marcus can see something in me — that they see me being able to do the role," she revealed to FOX.

Houston said he hopes that viewers take away a feeling that "feels good" after watching "Howard High."

"The feeling of the music and the dance — it’s electrifying, and I think that it’s something a family can enjoy," Houston concluded.

Lilies of the Field (1963): The great Sidney Poitier made history when he won a well-deserved Oscar for this comedic drama, an adaptation of William Edmund Barrett’s 1962 novel "The Lilies of the Field." When Homer (Poitier), an itinerant worker with long-dormant dreams of becoming an architect, saw a group of German nuns attempting to build a fence on a ramshackle Arizona farm, he probably didn’t expect to wind up taking on a massive construction project — but thanks to the intrepid Mother Maria (Lilia Skala), he’s persuaded to stay and help with a number of small jobs, then some medium-sized jobs, and then a whole church-sized job. It’s a charming film anchored by Poitier’s warm presence and thoughtful performance, a turn that will appeal to believers and non-believers alike.