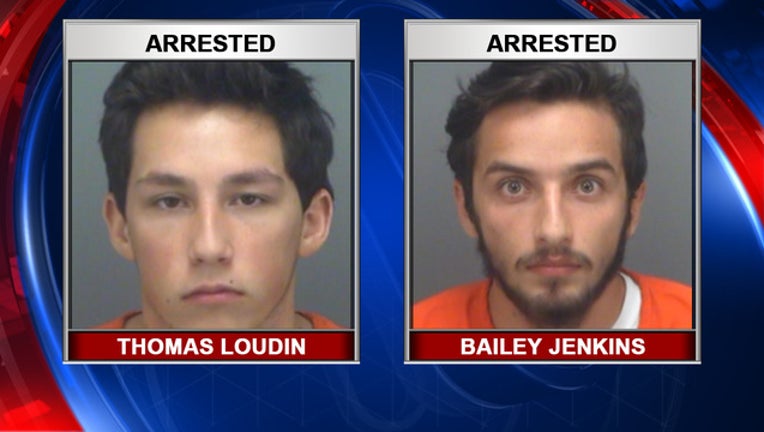 Pinellas County detectives arrested Bailey Jenkins and Thomas Loudin in connection of the shooting of a 51-year-old man who was visiting St. Pete Beach. Investigators said the firearm used was a high-powered pellet gun. The shooting occurred on Saturday at about 12:16 a.m. The victim is expected to recover.

According to a media release, both suspects admitted to drinking alcohol, shooting randomly at objects and the victim, who was walking with his cousin near the Beachcomber Resort at 6200 Gulf Boulevard on St. Pete Beach.

Loudin was arrested and charged with aggravated battery and also charged in a shooting in Treasure Island. The shooting occurred just before midnight on Friday, October 27.

Jenkins was charged with one count principal with aggravated battery with a deadly weapon.