TAMPA, Fla. - Station 13 in North Tampa is among the busiest fire stations in America. The firefighters union representing the crews that work there says it’s too busy.

“It’s creating a health and wellness issue for people who are running 20 calls a day. It’s just too much,” said Joe Greco, president of Firefighters Local 754.

And because Station 13’s zone, around Busch Gardens, is so large, the union says response times are too slow.

“When people call 911 they want a prompt response because that’s their life on the line,” says Luis Viera, Tampa city councilmember.

Along with the concerns in North Tampa, Viera and Greco point to new development to the south. With everything they’re building on Water Street and Channelside, what they’re not building is a fire station.

“There’s going to be 23,000 residents down there, 9 million square feet of office and retail, and there’s no infrastructure at the fire service level, no kind of first responder capability in that area,” worried Greco. 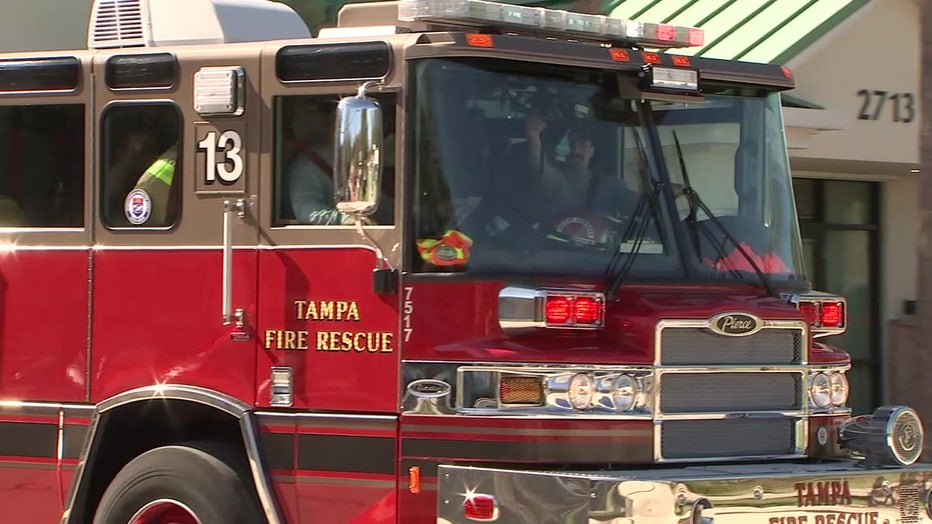 The union wants a new station to cover Water Street to take the pressure off Station 13. Aside from New Tampa, Greco says the city hasn’t added a new, numbered fire station since 1989.

It would cost millions to build, hire, and train for two fire stations.

“If they have to raise taxes to do it, they’re going to have to do that,” added Greco. “The infrastructure is a requirement. It’s not a 'nice to,' it’s a 'have to.'"

Viera will bring up his proposals at Thursday’s Tampa City Council meeting. FOX 13 News reached out to Tampa Fire Chief Nick LoCicero for comment. His spokesperson, Jason Penny, said they would wait until Thursday’s meeting.