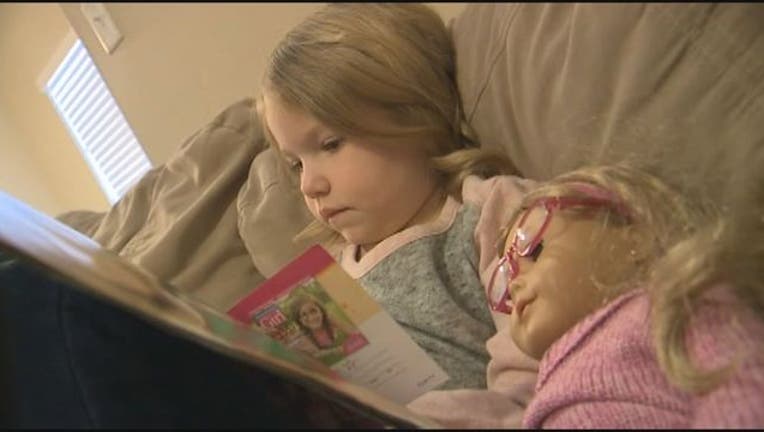 Emerie is seven and has type 1 diabetes. Many girls her age probably don’t know anything about the disease, but Emerie has a friend who understands thanks to the American Girl Doll company.

American Girl says it prides itself on making dolls that are "like" their owners. And thanks to that mission, Emerie has a new best friend - a diabetic doll named Aliza.

Aliza has an insulin pump, just like Emerie.  And she takes care of Aliza, just like she would herself.
She checks Aliza’s blood sugar.

"Yesterday she was 74. So I gave her one sugar tablet and she came up to 104," Emerie explained.

And the simple task – at least, for a type 1 diabetic like Emerie – of checking her doll’s blood sugar could mean all the difference when struggling to manage her own disease.

Emerie’s mom agrees, saying the family was excited when they heard about the doll.

"I think American Girl is paving the way for other companies to pick it up, or other toy lines. And it's raising awareness," mom Megan Gelter said.

Some of the other American Girl dolls have hearing aids and service dogs that a parent can buy to add to the doll.