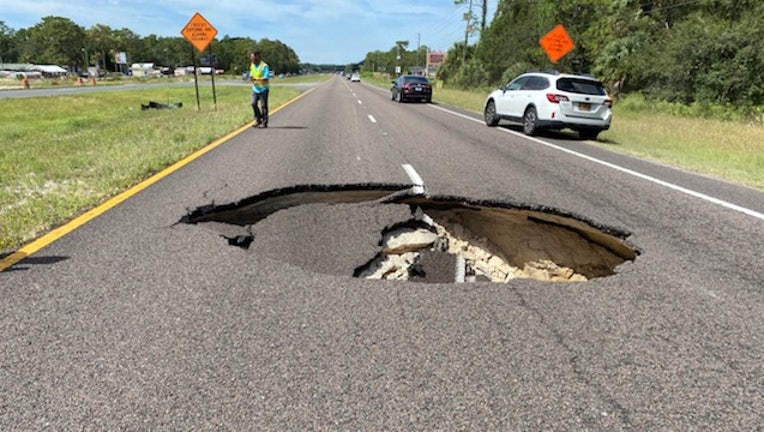 HOMOSASSA, Fla. - A section of U.S. Highway 19 is closed in Citrus County after a large hole opened in the roadway.

According to the sheriff’s office, the "depression" formed in the northbound lanes of U.S. 19 near South Oakridge Drive in Homosassa.

It appeared to be about 12 to 15 feed in diameter and several feet deep.

Both northbound lanes of U.S. 19 are closed; deputies are on scene directing traffic. 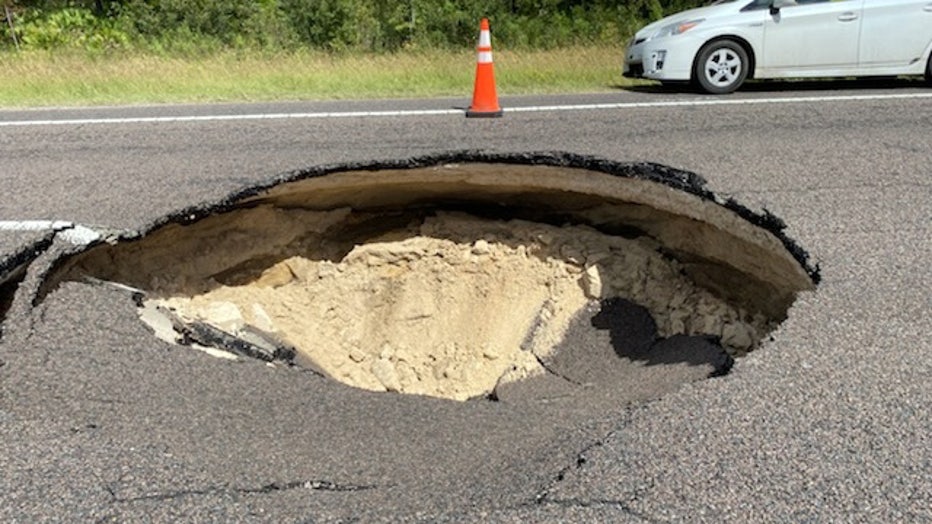